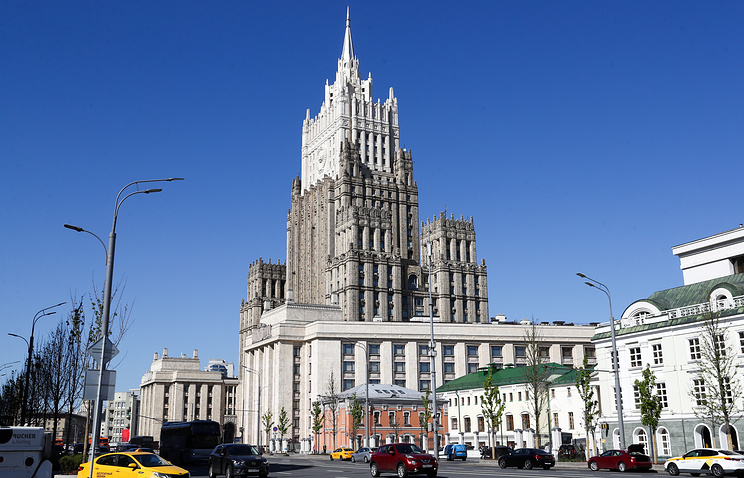 MOSCOW, June 3. /TASS/. Moscow calls on relevant international institutions to respond to the recruitment attempt of the correspondent of “RIA Novosti” in Lithuania Irina Vysokovich employees of the security Service of Ukraine (SBU). This is stated in a statement on Sunday comments by the Russian foreign Ministry.

“We urge the relevant international institutions and the international community to properly respond to the situation with Vysokovich,” – said in comments.

“This incident is another confirmation of the fact that freedom of expression in Ukraine ceased to exist”, – added in Department.

On Saturday, the Agency “RIA Novosti” reported that the SBU was trying to recruit them correspondent Irina Viskovic, who came to Kherson to cover the judicial process on the case of editor-in-chief “RIA Novosti Ukraine” Kirill Vyshinsky. According to the journalist, they 1 Jun forced her to drive into one of the buildings of the security services, and then for several hours without the execution of the Protocol were questioned about their professional activities. In addition, she was forced to sign a paper about the readiness to cooperate and provide information about the work of “RIA Novosti”. After questioning Vysokovich released, but it demanded to say on camera that she has no claims to actions of the SBU.

The foreign Ministry also demanded from Kiev to withdraw all charges against the editor-in-chief “RIA Novosti Ukraine” and Kirill Vyshinsky for his immediate release.

“We demand the immediate release of Vyshinsky and to remove all charges against him”, – stated in the message Department.

Kherson city court on may 17 Wyszynski for two months on charges of treason. On Friday, June 1, the court of Appeal of Kherson region the appeal and left the decision in force. The journalist faces a prison sentence of up to 15 years.

Vyshinsky has the citizenship of Ukraine and Russia, the second he got in 2015. Till the verdict of the court of appeal a journalist from the courtroom to the President of Ukraine Petro Poroshenko with the application for renunciation of Ukrainian citizenship and that considers itself to be exclusively a citizen of Russia. He also appealed to the President of Russia Vladimir Putin with a request to provide legal assistance to his release.