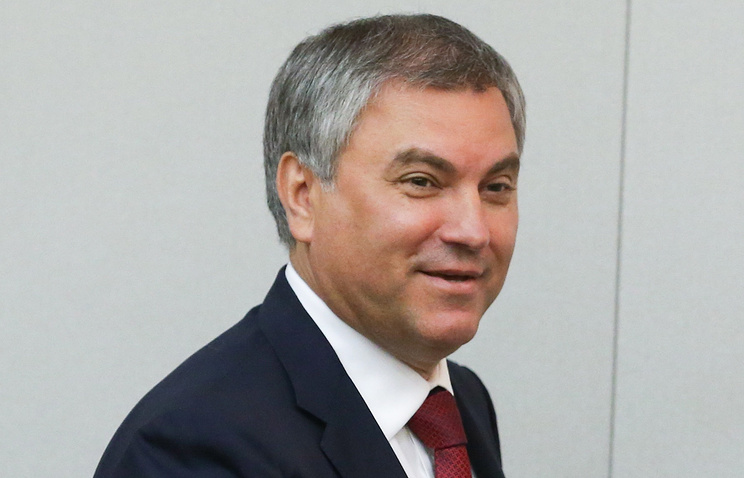 MOSCOW, June 3. /TASS/. Speaker of the state Duma Vyacheslav Volodin has raised the issue of the necessity of signing agreements on establishing visa-free regime with Mexico.

“Today, of particular importance is the issue of establishing a visa-free procedure for mutual trips of citizens of our countries. Considering that Russia almost all Latin American countries have signed such agreements, we, of course, extremely important would this issue also be discussed”, – said Volodin at a meeting with Chairman of the chamber of deputies of the National Congress of the United Mexican States Edgar Romo Garcia.

According to the speaker of the state Duma, “the performance of economic relations” will promote the development of cooperation between Russia and Mexico. “We need to proceed from the principles of building relationships based on trust, principles of non-intervention in the Affairs of sovereign States. Here, the relationship between Russia and Mexico could be an example,” said Volodin, adding that Mexico is one of the main trade partners of Moscow in Latin America. “It is important the momentum is not reduced, and parliaments should contribute to this relationship,” – said the head of the chamber.

In turn, Edgar Romo Garcia assured that Mexico was ready for dialogue with Russia. “Our countries have many points of contact, we have a lot of obligations to the world. The priority is political dialogue at the bilateral level and in terms of the international agenda. Russia and Mexico announced their interest to increase the efficiency of cooperation on the many challenges: the fight against drug trafficking, organized crime, terrorism, human trafficking, corruption,” he concluded.

The meeting was held in anticipation of the opening of the international forum “Development of parliamentarism”, which will be held on 4-5 June in Moscow at the all-Russian exhibition centre (VVC). It is expected that participation in the event will be attended by more than 500 delegates.