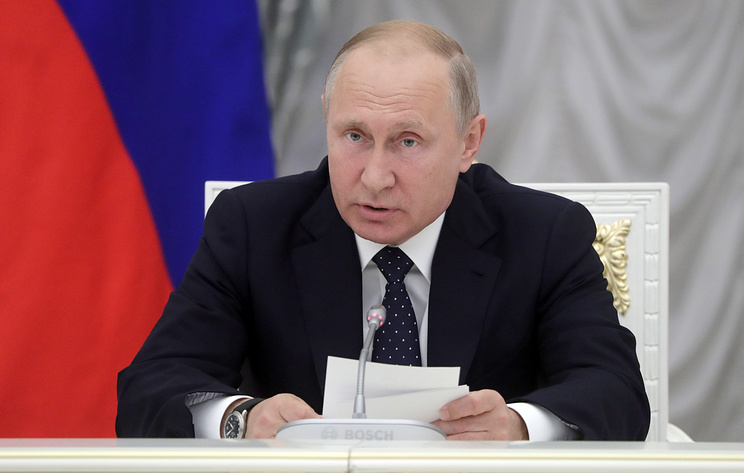 MOSCOW, June 4 /TASS/. The President of Russia Vladimir Putin signed the law “About measures of exposure to (counter) the unfriendly actions of the United States of America and other foreign countries.” The document adopted by the state Duma on may 22 and approved by Federation Council on 30 may, published on the official portal of legal information.

According to the law, the government of the Russian Federation by the decision of the head of state will be able to enter a response. However, they should not affect vital goods, if their analogues are not produced neither in Russia nor in other countries. Also, the President can make decisions about the counter-sanctions to be taken by the President based on the proposals of the Russian security Council.

However, in case of elimination of circumstances that served as the reason of introduction of restrictions, the government cancels the appropriate actions (countermeasures).

Document April 13, was submitted to the state Duma by group of deputies led by the speaker of the lower house of Parliament, Vyacheslav Volodin. Since the introduction of the law in the state Duma around him a wide-scale discussion. The text was perceived ambiguously, expressed criticism on a number of provisions of the law.

Parliamentarians held a series of meetings, listened to different points of view, resulting in the document for the second reading in the state Duma has undergone major changes. So, the list of counter-sanctions have been reduced and the text of the law removed mention of the specific goods and services industries.

Countermeasures can be entered against hostile States and organizations that are directly or indirectly controlled by such countries, or are affiliated with them, and also in respect of officials and citizens. So, they will not be allowed to participate in privatization of state property, as well as in contracts for public procurement. In addition, the Cabinet of Ministers is entitled to suspend or terminate international cooperation with hostile States, as well as under their jurisdiction organizations. In addition, the government can limit or ban the import and export of raw materials or products from unfriendly countries. Counter-sanctions will not affect commodities that may be imported by Russians or foreigners for personal use.

It is envisaged that the law will come into force from the date of publication.