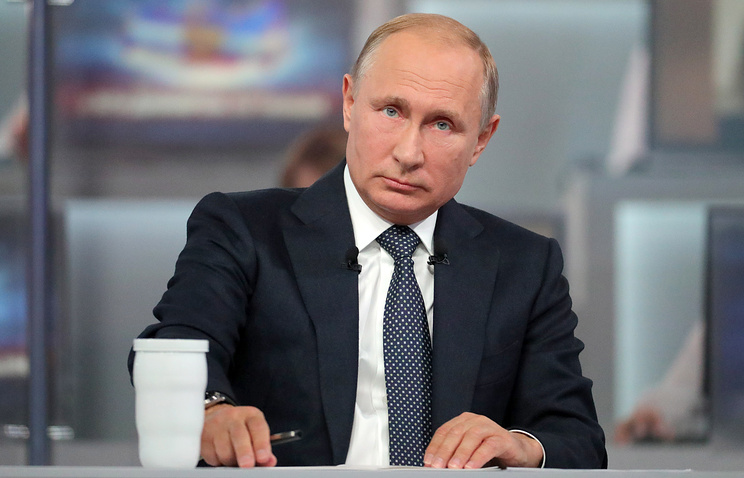 MOSCOW, 7 June. /TASS/. Russian President Vladimir Putin stands for the personification of responsibility of Ministers for the implementation of economic plans.

“We definitely need to personalize responsibility, he said during a “Straight line”. Is including connected with the government, because the people who formulated the problem [in the economy] that will exercise these tasks, many remained in their places.” “And those who came too well prepared people. Personal responsibility must be absolute, we have no time to lose”, – said Putin.

According to him, “it was necessary to leave [in the government] who prepared solutions for the breakthrough development of our country, in order to personalize the responsibility for what has been done so far and what is planned in the near future.”

“The development plan, the necessity of which we have been talking for the last years, it was made by the previous government for the last at least a year and a half, – said the head of state. And I know that if we are one hundred percent “smoothed out” all the government and brought brand new people – even people very competent, well-trained – at least two years would be required to formulate new or existing tasks, or new.”

“We would have lost at least two years, he said. We don’t have two years.” The President said that in this regard, decided to significantly upgrade the Cabinet at the expense of “fresh, but well trained and proven in large critical areas of work” people. “I think that we have the optimal composition of the government today”, – concluded the head of state.

The President noted that familiar with discussions about the composition of the new Cabinet. “No doubt that they will arise, and it is good that we have almost every single issue, on any administrative decisions, the decisions in the field of Economics and in the social field, there are discussions,” said Putin.

The head of state noted that “there is a clear understanding of what to do and how to do those tasks outlined in the message to the Federal Assembly, the draft development plan which must be adopted by the government in the autumn of this year.” In addition, the President called for the transition to full-scale implementation on a software basis. “We applied this principle in some sectors and areas of activity. Now this software principle should be applied everywhere. He showed its effectiveness, the practice of such methods has,” said Putin.