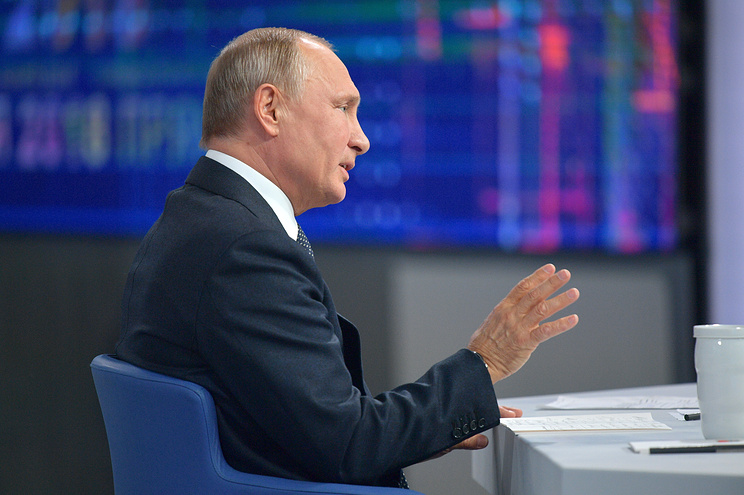 MOSCOW, 7 June. /TASS/. The United States for many years, extends its jurisdiction beyond its own borders and is now trying to extend its already in the European countries.

This opinion was expressed by Russian President Vladimir Putin during a “Straight line”.

“When I in 2007 presented their thesis in Munich that often all these years is quoted, I was faced with the fact that many of my colleagues became angry, said it was too hard, inappropriate. But what I was talking about? the President noted. – I talked about the fact that the United States extend the jurisdiction of their laws beyond their borders, and this is unacceptable”.

“Here it is today, but in relation to our European and other partners,” – said the President.

Putin believes that this trend continues to develop, because after his speech in Munich in 2007, nobody did anything to stop it. “Here you are, got to eat, sit down, please. I will not say, as it was in the famous film, it sounds rough”, – he added.

The Russian head of state pointed out that in Europe are already beginning not only the “ear”, but to speak publicly on the inadmissibility of intervention of the USA in Europe. “They say it is not only “in ear” they are already talking publicly, said the President of the Russian Federation, answering the question, saying that European leaders about the possibility of lifting sanctions against Russia. – One of the Ministers of the French government recently publicly said that we cannot allow the US became the economic policeman of the world. Former German Finance Minister a few months ago publicly said that the Federal Republic after 1945 was never in the full sense of the word a sovereign state”.

According to him, “the US withdrawal from the ABM Treaty is an attempt to break strategic parity”. “But we have to answer it. In his address [to the Federal Assembly] I have already spoken about this: the modern system of our arms, which are designed and will be put into service, this parity, of course, retain”, – said Putin. “We have to understand this, think about it and find the modern realities of the present day forms of our cooperation”, – noted the President.