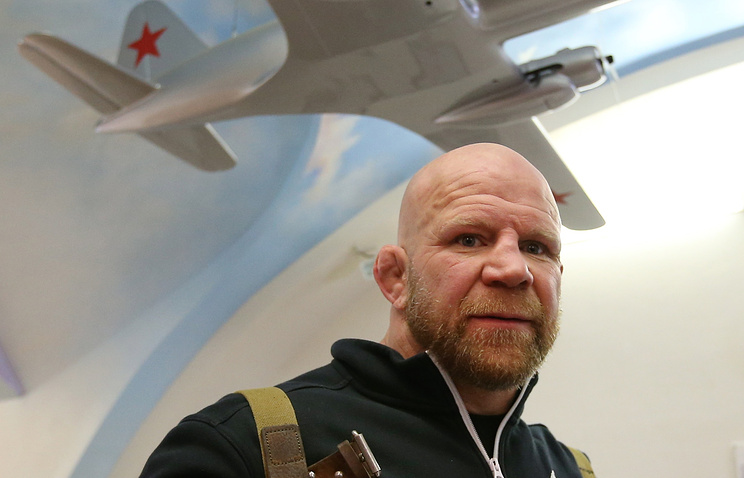 “I first worked in Krasnogorsk. Then I would like to grow to the State Duma and to help so the maximum possible number of people. Now I’m going to become a member of the Parliament of the region”, – said Monson on Friday on the radio station “Moscow Says”.

The fighter added that he was going to live in this city and open a school of martial arts. “I plan to live in Krasnogorsk. Last week I bought an apartment there and in two weeks going to open a school,” he said.

Monson noted that he had chosen Krasnogorsk, because his “very supportive,” the head of the district radium Khabirov. “I received support from city, from people. I know the local people – those who walk the streets, and guys in the hall. That’s why I chose Krasnogorsk,” added Monson.

The rejection of American citizenship

Monson also reported that has already launched the procedure of renunciation of US citizenship.

“The procedure is long, but I started the process of renunciation of citizenship of the United States]. I give them a us passport and will use only the Russian one,” he explained, adding that I had already paid for the procedure $3 thousand

Monson noted that many Americans do not understand his decision. “But those with whom I communicate, you know that it was not an emotional decision, “Oh, I simply like it more”. This decision was more from my heart than from the head,” he added.

Jeffrey William Monson born and lived in the United States (Minnesota). Speaking in mixed martial arts, a 47-year-old fighter nicknamed “the Snowman” had 85 fights in which he scored 60 victories. He is also a world champion in Brazilian JIU-jitsu. Monson is known for his love of Russia and its Soviet past, the athlete has repeatedly started fights under the anthem of the Soviet Union.

In 2016, he received the title of honorary citizen of Abkhazia, and the following year – the passport of the citizen proclaimed Lugansk people’s Republic. Russian President Vladimir Putin has granted Russian citizenship Monson may 29, 2018.