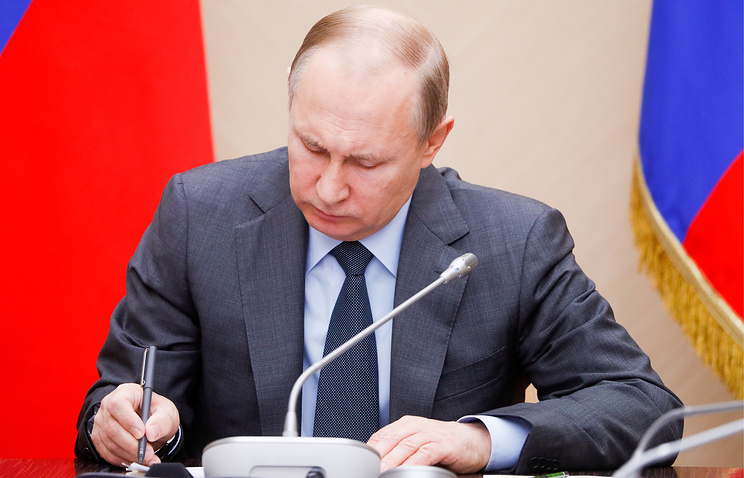 The tasks and functions of management

The document notes that the new management is an independent division of presidential administration of the Russian Federation. The main objectives of structures consist in the preparation of the proposals regarding the development of digital infrastructure and application of information and communication technologies (ICT) in public administration, as well as participation on behalf of the head of the state in the implementation of these proposals.

The administration also should engage in the preparation and submission to the President and the head of the Kremlin administration of materials that relate to the monitoring and analysis of data processing in information and telecommunication systems. The task of the management consists of the coordinated functioning and interaction of Federal and regional bodies of Executive power in creating and using digital infrastructure and ICT.

In addition, the new structure involved in the implementation of decisions of the President and his administration, as well as coordinating and consultative bodies under the President on development of digital infrastructure and ensure its integrity, safe operation and sustainability; ICT in sectors of the economy and the social sphere; development of e-government infrastructure; the organization of interdepartmental electronic interaction of Executive authorities and bodies of local self-government, transboundary electronic interaction; the organization of rendering state and municipal services in electronic form, legal validity of such documents and the identification of their senders and recipients, the establishment and development of rosinformresursa based on the cloud computing system; ICT applications in order to ensure the safety of citizens in the information and communication networks.

The new structure should be brought within its competence together with the office of public relations and communications and management of the press service and information of the President to the Federal and regional authorities and the media the main directions of state policy in the field of development of digital infrastructure, as well as information about the directions of ICT use. Along with this, the office will participate in the preparation of materials for annual messages of the President to the Federal Assembly, in the preparation of draft laws introduced by the President in the state Duma.

Peskov said that “we are talking about the internal configuration in the administration of the President.”

Putin also reorganized the management of internal policy of the Kremlin administration. “To reorganize the office of the President of the Russian Federation on domestic policy, with responsibility for including training in the limits of its competence, compilation and presentation to the President of the Russian Federation and the head of administration of the territory of the Russian Federation proposals on the definition of priority directions of state policy in the field of development of local self-government on improving the General principles of organization of local self-government, as well as the organization and maintenance of interaction of the President with local authorities and associations of municipal formations”, – is spoken in the decree of the head of state.

In addition, the President of Russia has laid on their Expert management of new tasks concerning technological development and digital technologies.