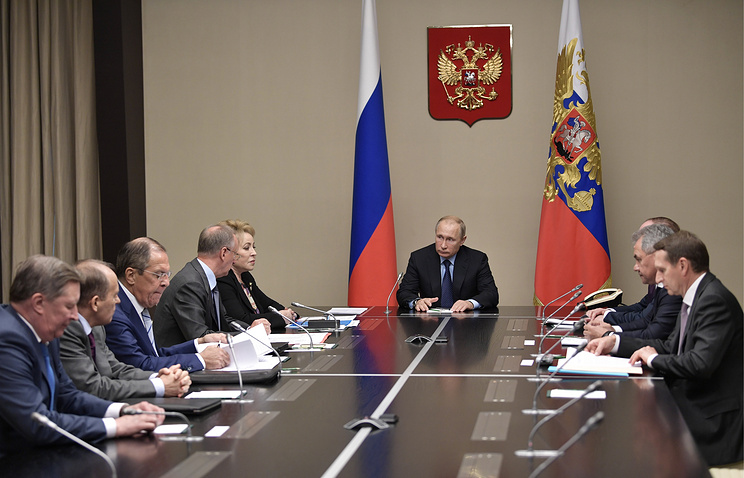 MOSCOW, June 21. /TASS/. The President of Russia Vladimir Putin discussed on Thursday with the permanent members of the security Council of the Russian Federation settlement on the South-East of Ukraine, as well as a number of other issues. This was reported by press Secretary of the Russian President, Dmitry Peskov.

“The President of Russia briefed the meeting about the held on Thursday a telephone conversation with President of Ukraine Petro Poroshenko,” – he said. “In this context, the sides exchanged views on the current state of Russian-Ukrainian relations and the settlement process in the South-East of Ukraine”, – said Peskov.