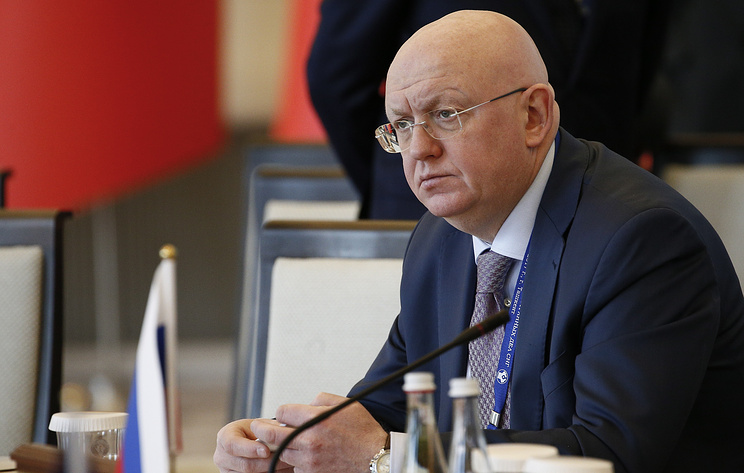 UN, June 27. /TASS/. The upcoming parliamentary and then presidential elections in Afghanistan must be inclusive and contribute to the consolidation of companies. This was stated on Tuesday Russia’s permanent representative to the UN, Vasily Nebenzia at the meeting of the Security Council on Afghanistan.

Parliamentary elections in Afghanistan planned for October, presidential to be held in 2019.

According to Nebenzu, Moscow supports the holding of these elections as scheduled. “It is impossible to prevent polarization of Afghan society on ethnic grounds and an infringement of the rights of national minorities, – he stressed. – Elections must be inclusive, be a powerful consolidating factor and another step towards the country’s gaining full political and economic independence, the return of Afghanistan to sustainable development”.

The diplomat expressed confidence that “the solution to this problem would contribute to establishing a broader regional and international cooperation” and reaffirmed that Russia is ready to contribute to this process.

In turn, the permanent representative of Afghanistan to the UN, Mahmoud saikal said that at the moment “already 7.3 million citizens have registered to vote and thus to demonstrate their commitment to democracy, pluralism and the rule of law as the foundations for a stable future.” “We hope that these elections will be transparent, credible, inclusive, will meet all the requirements of our population,” he said.

“It is gratifying that a large number of young talented members of the [country] acted as candidates – continued the Ambassador. – To this end was adopted reforms, is the independent electoral Commission and the Commission for electoral complaints”. He also noticed that the Afghan authorities have provided the security arrangements for the elections. “The completion of the electoral process is a very important aspect for our unity and political stability,” he concluded.

Responsibility of the Afghans themselves

The special representative of the UN Secretary General, Tadamichi Yamamoto, for his part, noted that the Afghan parties and politicians “must understand that they bear a significant share of the responsibility for credible elections”. “Instead of just criticizing the process, they must take an active part in the elections participated the whole of Afghanistan”, – he called.

Yamamoto also welcomed the wide participation of civil society in monitoring elections, counting of votes and summarizing of voting. “The international community must support these efforts,” he said, adding that now in Afghanistan are 23 international expert in electoral commissions and commissions for the examination of complaints, and the relevant secretariats. “We will do everything possible to help Afghanistan in the holding of transparent, inclusive and credible elections,” he said.