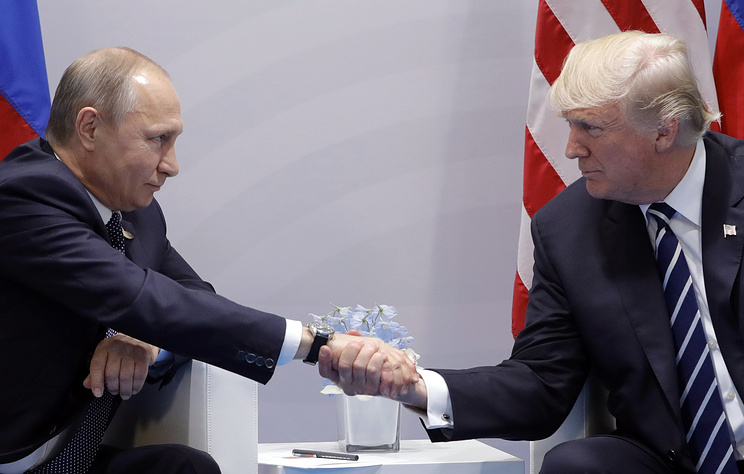 MOSCOW, June 28. /TASS/. The summit of the presidents of the Russian Federation and the USA Vladimir Putin and Donald trump – will be held on 16 July in Helsinki. This was reported by the press service of the Kremlin. Washington confirmed the date and venue of the summit.

As previously stated to journalists by the assistant to the Russian leader Yury Ushakov, selected the venue of the summit is very convenient for both parties. He added that he expected the meeting will last several hours are planned for the Protocol part, the presidents tête-à-tête and a joint press conference. Ushakov suggested that Putin and trump at the summit can adopt a joint statement, “which would outline further steps the two sides in terms of improving bilateral relations and joint action in the international arena, and in terms of ensuring international stability and security.”

Commission to study the question of the leaders ‘ meeting was given to the foreign Ministers of Russia and the USA following the results of telephone conversation of Putin and trump on March 20. Then the question of the summit was discussed at the closed channels.

Wednesday, June 27, with a visit to Moscow there has arrived the assistant to the President for homeland security John Bolton, he has held several meetings, and he was accepted in the Kremlin the Russian leader. Following the visit, Bolton said that in preparation for the summit will probably be held another meeting of foreign Ministers of the two countries, Sergei Lavrov and Michael Pompeo, and possibly other activities. According to the assistant to the President of the United States, Washington is not waiting for a major breakthrough, as the high-level talks were not held with the presidents ‘ meeting in Hamburg in July 2017, and difficulties have accumulated a lot. At the same time, he did not rule out that concrete results are possible.

Putin and trump for the first time held talks on 7 July, 2017 on the sidelines of the group of twenty summit in Hamburg. In November of the same year, at the APEC summit in Vietnam a full-fledged bilateral meeting of the leaders did not happen, however, Putin and trump talked on the sidelines of the forum and endorsed the joint statement on Syria. Also for almost half a year since joining trump in the office of President of the US and Putin have held several telephone conversations, the latter at the moment – March 20, 2018.