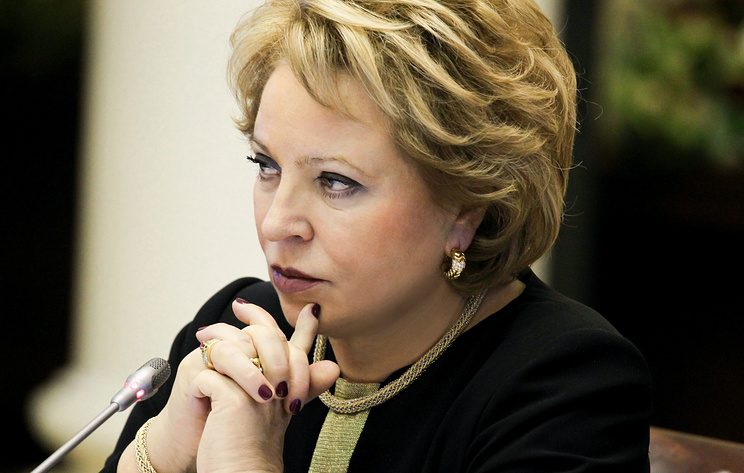 TASS, June 30. The speaker of the Federation Council Valentina Matviyenko hopes that the visit of the delegation of American parliamentarians in Russia will change their opinion about Russia, caused by “Russophobic policy” against the country. This opinion was expressed on air of the program “Vesti on Saturday” on TV channel “Russia 1”, aired in the far East.

On 23 June, the eve of his visit to Russia, the Republican Senator from Louisiana, John Kennedy in an interview with CNN expressed his desire to personally assess the state of the Russian economy, arguing that positions on this issue differ: according to some, the Russian economy is “collapsing,” and according to another position, her condition improved significantly with the increase in oil prices. Also, according to Kennedy, “some say” that the Russian side “spends all his money on Syria and weapons, and people die from hunger”, and the other – “that’s not true”.

“It is a product of Russophobic policy, which is conducted against Russia. Senators must be informed, educated, and very sorry that they are such trite cliches, primitive, in relation to our country. I hope that their trip to Russia certainly change their opinion”, – said Matvienko, commenting on the Senator.

She also expressed hope that the visit of the U.S. delegation will be the beginning of parliamentary contacts between Russia and the United States.

As previously reported, the delegation of both chambers of Congress will visit Russia in the period from 30 June to 5 July, provides travel to St. Petersburg and Moscow, meeting with Russian officials. The American side is represented by the Senator from South Dakota, Chairman of the Committee on Commerce, science and transportation John Thune, Senator from Kansas, Jerry Moran, from North Dakota John Hoeven, from the state of Montana Steven Danz, Louisiana John F. Kennedy and a member of the house of Representatives from Texas Kay Granger.