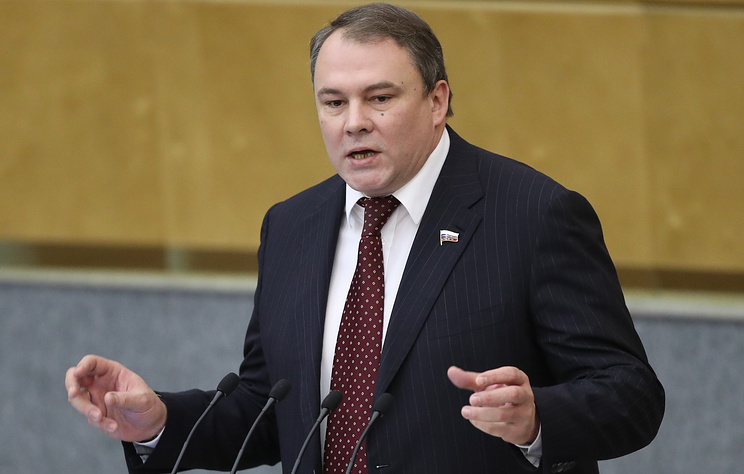 BERLIN, July 7. /TASS/. Vice-speaker of the state Duma, the head of the Russian delegation to the OSCE parliamentary Assembly Peter Tolstoy called on the Assembly not to consider at the annual session in Berlin on three draft resolutions related to human rights in the Crimea, criticism of the Russian judicial system and the 10-year anniversary of the 2008 events in South Ossetia.

“The Russian Federation proposes at this session to consider these three resolutions that their authors had an opportunity to come to Russia and see with his own eyes in the real situation, not to put the Assembly in a situation where we have to make decisions that are clearly unrelated to reality,” said Colon, speaking on Saturday at a meeting of the standing Committee of the OSCE PA. “Therefore, the proposal of the Russian Federation – these three resolutions at this session to consider postponing them to a later date”, – he stressed.

“They are, in our opinion, are biased and confrontational, whereas, our organization seeks to establish cooperation, stressed the head of the Russian delegation. – In many respects the provisions of those resolutions are not based on facts but on speculation and so-called fake news (false news, distorted information – approx. TASS)”.

Referring to the author of one of the resolutions, the Swedish MP Margaret Nederpelt, Tolstoy assured that also stands for “freedom of speech and, of course, for freedom of discussion.” He recalled that “because of the confrontational position towards Russia, the Russian delegation did not take part in the discussion of the solutions of the documents of the parliamentary Assembly of the Council of Europe”. “And now the PACE with some difficulty looking for a way out of this situation”, – stated the politician.

“If we want our organization to play confrontational and not related to reality, based on the output of several non-governmental organizations theses, I would like to say that Russia acts categorically against such approach”, – warned Vice-the speaker of the state Duma. “No right, no one to give lessons to my country”, he concluded.

Russia will not support the Declaration of the OSCE PA

The Russian delegation will not support the Declaration of the OSCE PA following its Berlin session in the case of the inclusion in this document of the three anti-Russian resolutions, said Saturday the head of the Russian delegation, Vice-speaker of the state Duma Pyotr Tolstoy, answering the question TASS.

One of the projects of the resolutions in question were made by the Ukrainian delegation. It is dedicated to “the violation of human rights and fundamental freedoms” in the Crimea. The document consists of 17 demands, including a halt to “the eradication of education in the Ukrainian language and to cancel the decision to declare the “Majlis [Crimean Tatar people]” extremist organization” (an organization banned in Russia – approx. TASS). The authors are also required to create “favorable conditions” for independent journalists, human rights defenders and lawyers.