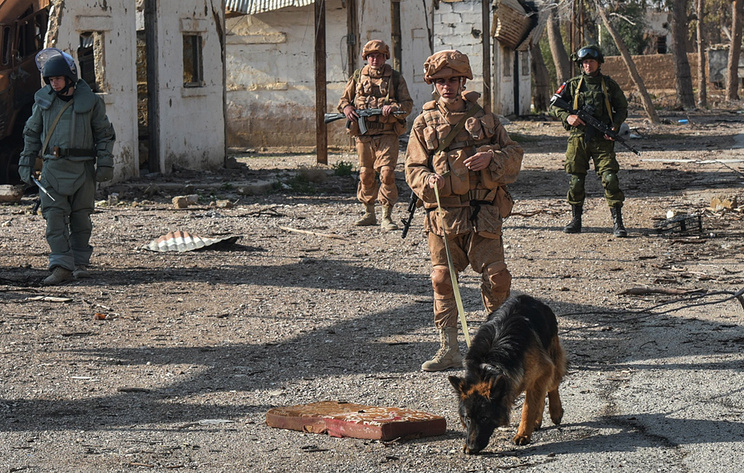 MOSCOW, 7 July. /TASS/. The Ministry of foreign Affairs of the Russian Federation calls upon the international community to join the demining process in Syria. On Saturday reported on the website of the Russian foreign Ministry.

“We call on the international community to actively join the Russian-Syrian efforts in this direction and to provide appropriate financial and technical support, which ultimately contributed to the development of decent and safe conditions for the return of millions of Syrians to their homes and reconstruction of the country”, – stated in the message.

The foreign Ministry welcomed the recent signing in Damascus the Memorandum of understanding between the Syrian government and the UN mine action (UNMAS). According to the Russian Ministry, this document provides the necessary legal framework to connect the UN and the international community to the process of demining in the country. “The efforts of the UN in mine action will be a solid support that work effectively, which for long time have Syria, Russian experts in the field of humanitarian demining and training relevant Syrian engineer units,” – said the Russian foreign Ministry.

The Russian foreign Ministry noted that in 2016-2017 the bomb squad of International anti-mine centre of the Russian Armed forces spent four unique operations for humanitarian demining on the territory of Syria: the territory of the architectural-historical complex and the city of Palmyra, Aleppo and Deir-ez-Zor.

“The only bomb squad in the four operations was purified 6.6 thousand ha of land areas, 1.5 thousand km of roads, more than 17 thousand different buildings and facilities. Discovered and defused 105 thousand explosive objects, including more than 30 thousand improvised explosive devices”, – stated in the message.