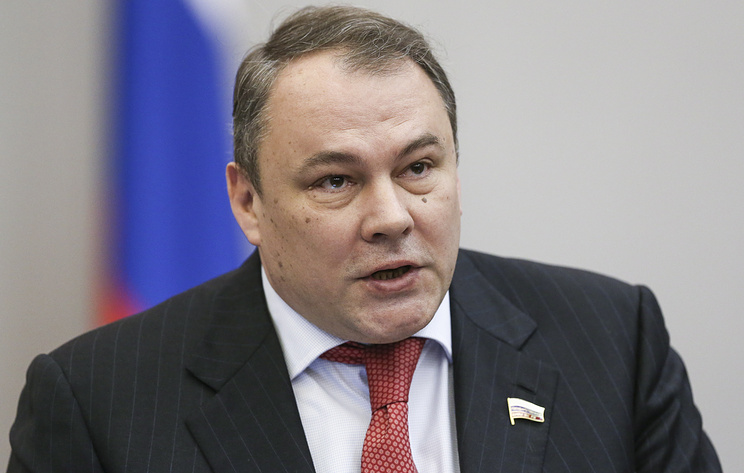 BERLIN, July 7. /TASS/. The head of the Russian delegation to the OSCE parliamentary Assembly, Vice-speaker of the state Duma Pyotr Tolstoy said that doubts in following the rules when voting on the question of the inclusion of three projects the anti-Russian resolutions in the agenda of the session of the OSCE PA.

“As for the voting, which took place in standing Committee, I have already expressed doubts (and expressed them to the President of the Assembly) that the vote was legitimate, due to the fact that the Chairman asked who for, who against, but did not ask who abstained” – said Tolstoy, Recalling that according to the regulations, such decisions shall be taken by two third of votes. “But if he does not consider the voices of those who abstained, where do they go?” – it asked a question.

“So, we do not respect the position of those countries who is neither for nor against, – stated the head of the delegation of the Russian Federation. He said that two-thirds of the delegations is 38 votes. “No one of these resolutions was not filed 38 votes, was 27, 26, 25. But he [the President] interprets the laws in such a way that someone picked up the card, he participated in the vote, and those who did not, he just doesn’t ask the question,” – said Vice-speaker of the state Duma.

Russia did not podaril Declaration of the OSCE PA

The Russian delegation will not support the Declaration of the OSCE PA following its Berlin session in the case of the inclusion in this document of the three anti-Russian resolutions, said Tolstoy, answering the question TASS.

One of the projects of the resolutions in question were made by the Ukrainian delegation. It is dedicated to “the violation of human rights and fundamental freedoms” in the Crimea. The document consists of 17 demands, including a halt to “the eradication of education in the Ukrainian language and to cancel the decision to declare the “Majlis [Crimean Tatar people]” extremist organization (an organization banned in Russia – approx. TASS)”. The authors are also required to create “favorable conditions” for independent journalists, human rights defenders and lawyers.