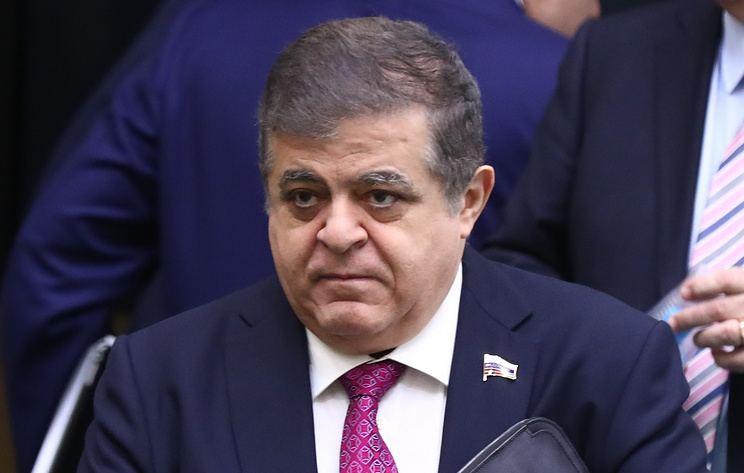 BERLIN, July 9. /TASS/. Representatives of the countries of “old Europe”, including France and Germany, defiantly shy away from criticism of Russia on passing in these days in Berlin, the annual summer session of the OSCE parliamentary Assembly. This was stated on Monday, the TASS member of the Russian delegation, first Deputy Chairman of the Federation Council Committee on international Affairs Vladimir Jabbarov.

“Old classic as we call it, Europe pointedly declined to criticism on any case”, – noted the Senator. “Even on trying again to accuse Russia of Boeing crash (over the Donbas in 2014 – approx. TASS), war in Ukraine, in the invasion of Russian troops in the outrages in Syria, in anything – no matter what almost no one responds, he stated. – Reacts only Sweden – she, as we know, a special relationship with the delegation of Ukraine, and Lithuania”.

According to dzhabarov, “even Poland, which in recent years has very strongly opposed Russia, trying not to comment on Russia in negative terms.” “I’m not talking about countries such as France, Germany, they are generally excluded such Russophobic orientation in their speeches,” – said the politician.

“And of course, waiting for Europe, this is evident by all the meeting of the presidents of Russia and USA Vladimir Putin and Donald trump, it leaves a mark” – believes the first Deputy Chairman of the Federation Council Committee. “They’re waiting for which way to “steer”, not to make a single shot,” he added. “If the meeting will end with some small success, I think it will be well received in Europe, and in European and American media”, – said dzhabarov.

Session of the OSCE PA is held in the historical building of the Reichstag, the seat of the Bundestag. It involved about 300 parliamentarians from 57 OSCE countries. The Russian delegation is headed by Vice-speaker of the state Duma Pyotr Tolstoy, who oversees the lower chamber of the international cooperation.