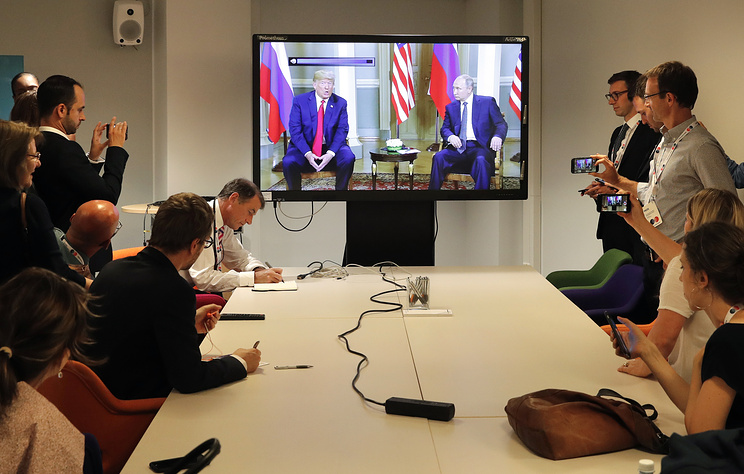 HELSINKI, July 16. /TASS/. Journalists of Russia and the USA that cover the meeting of presidents of Russia and USA Vladimir Putin and Donald trump at the presidential Palace in Helsinki, working in two separate press center. The Finnish organizers have taken care to ensure that the pools of the Kremlin and the White house had its own facilities for transmission of reports.

Usually at major international meetings, all journalists working in the United press center. However, in the presidential Palace, the receiving party fielded two separate references: one way – the US media, in another – Russian. Journalists abide by this rule, although we are not talking about any bans, but only on recommendation.

And Russian and American reporters provided a few rooms with tables, chairs and armchairs. Some of them have a monitor that broadcasts and events. In all rooms and free wireless Internet.

The only common area for the media representatives of both countries was the dining room. Members of the press receive free here sandwiches, hot and cold drinks, as well as Finnish pea soup “Chernomorka”.

Featuring journalists is also a small courtyard where you can take a coffee break.