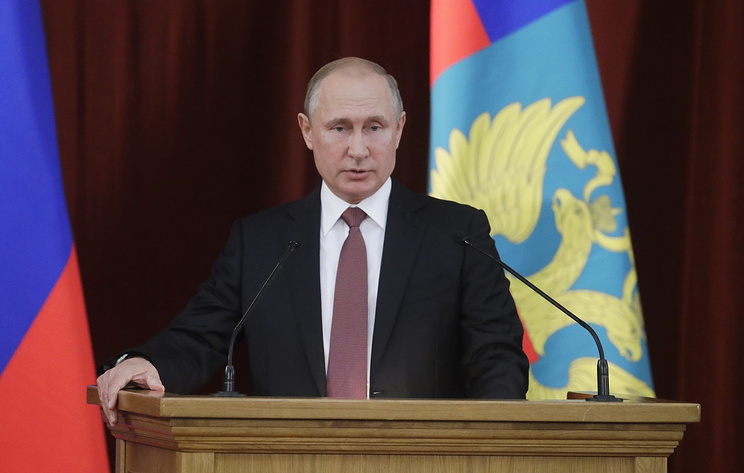 MOSCOW, July 19. /TASS/. Russian President Vladimir Putin, speaking at a meeting with Russian ambassadors and permanent representatives of the Russian Federation, said that he sees serious risks of aggravation of the situation in the South-East of Ukraine.

“Serious risks of aggravation of the situation persist in the South-East of Ukraine”, – he said.

According to him, the reasons are the same – failure to comply with the current Ukrainian authorities of their commitments, the rejection of peaceful resolution of conflicts.

“Over and over again demonstrates blatant disregard for agreements, a reluctance to engage in dialogue with their citizens. All scenarios are calculated according to the power path,” Putin said. “We believe that the Minsk package of measures remains a viable basis for a political settlement of the crisis situation”, – said the head of the Russian state.