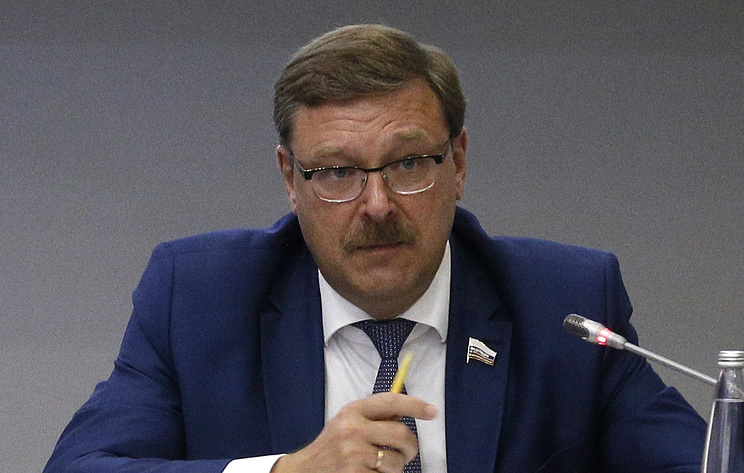 TOKYO, July 21. /TASS/. The easing of sanctions against North Korea need to discuss and maybe implement. This opinion on Saturday in Tokyo, expressed to journalists by the head of the Federation Council Committee on international Affairs Konstantin Kosachev.

“I think that certainly should be discussed in the Security Council, and might already realize [the easing of sanctions against the DPRK],” said he, answering the question TASS. Kosachev also stressed that Russia “sees that Pyongyang taking steps” if not collapse, the freezing of its nuclear program. “In our view, it should be accompanied by decisions on the sanctions regime at the level of the UN Security Council”, added the head of the Federation Council Committee on international Affairs.

Thus Kosachev has underlined that the degree of easing of sanctions must be based on expert assessments, which should be done by “including by the IAEA”.

The US President Donald trump and the leader of the DPRK Kim Jong-UN on June 12 held a meeting in Singapore. Following the talks, the sides signed a joint document pledging to implement it “in full and without delay”. According to the final statement that trump has demonstrated, North Korea has made commitments on denuclearization of the Korean Peninsula in exchange for security guarantees from the United States.