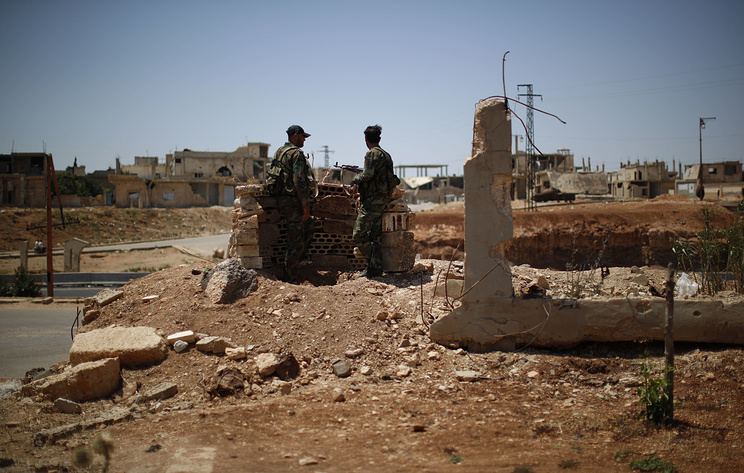 MOSCOW, July 25. /TASS/. Militants of several groups, including “dzhebhat an-Nusra” (banned in Russia), are preparing in Syria, the attack on the positions of government troops concentrate forces in several directions. This was reported on Wednesday to journalists the head of the Russian Center for reconciliation of the warring parties in Syria, major-General Aleksey Tsygankov.

“According to available information, the leaders of the groups, “Khayat Tahrir al-sham” (“dzhebhat an-Nusra”), “jabhat al Tahrir Do Surya” (includes the formation of “Nuraddin AZ-Zinki” and “Ahrar al-sham”), “Sukur al-sham” and “Falak al-sham” has agreed to establish a joint operational headquarters to conduct the offensive against the government forces. Thus the observed concentration of large groups in several areas: the mountains of Northern Latakia, the valley of El-Gab on the border of the provinces of Hama and Idlib, areas West of the city of Aleppo. There are moved reinforcements and selected footage of the militants pulled armored vehicles,” – said the General.