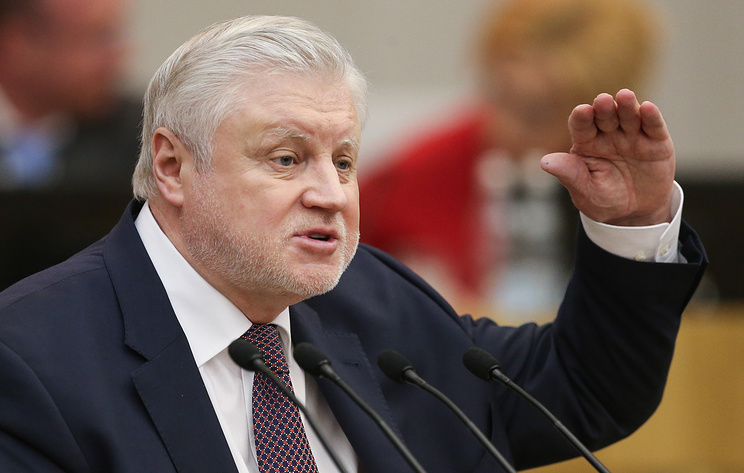 “I really like, I must admit, the arguments about the necessity of transition to the two-party system, I really like it when [liberal democratic party leader] Vladimir Volfovich [Zhirinovsky] said that one party should be a social-democratic,” he said Friday at a press-conference of the Chairman of the state Duma and the leaders of the four Duma factions at the end of the spring parliamentary session.

“I think that the autumn you will see the first results of work on creation of a powerful enlarged party,” said Mironov, adding that “for more than six months” working on this project. “We go this way”, – he concluded.

“Fair Russia” was created in late 2006 on the basis of three parties – Rodina, the Russian party of life and Russian pensioners ‘ party, later joined by several structures.