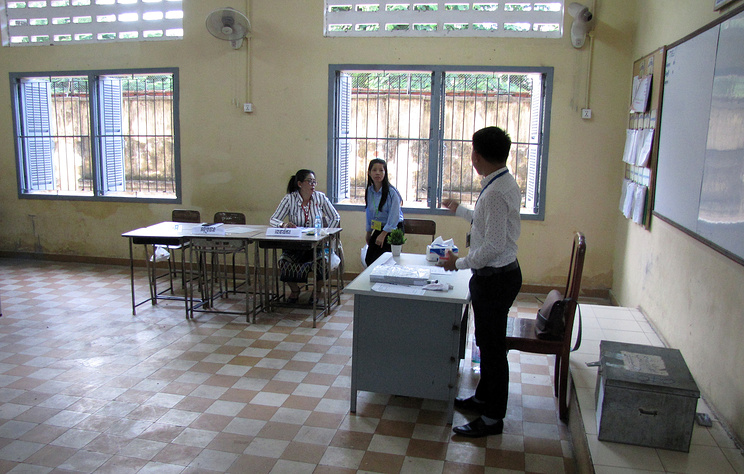 Phnom PENH, July 29. /TASS/. Russian observers confirmed the free and open nature of the last Sunday in Cambodia, the elections to the National Assembly (lower house of Parliament). This is stated in the statement released by Russian officials included in the team of international observers of the 538 people who arrived in Cambodia to monitor the voting at sixth in the recent history of the country elections to Natassembly.

As noted in the statement of the Russian mission, composed of representatives of the Federation Council, State Duma and the Public chamber of the Russian Federation, the elections “were competitive in nature and marked by a respect for fundamental freedoms of expression, Assembly and Association.” Russian observers also drew attention to the existence of a favorable environment for an open election in which 20 political parties had an opportunity to fight for representation in the Cambodian Parliament. “The election campaign was conducted in a peaceful and safe atmosphere, and the rival party organizations without restriction to use public places to inform about their programmes and to attract supporters,” – said in a statement.

Observers from the Russian Federation confirm that the elections to the National Assembly of Cambodia of the 6th convocation were held in a positive way, consider them honest, fair and transparent. The mission has not documented cases of coercion in the voting or other violations.

According to the latest data of the Central election Commission (CEC) of Cambodia, voter turnout in the last election amounted to 82,17%. Preliminary voting results will be announced next Monday, and the official results of the CEC will announce on 15 August.