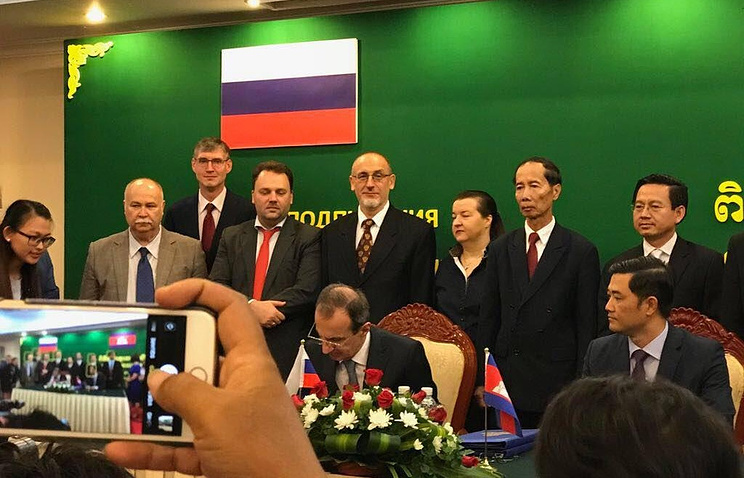 MOSCOW, July 30. /TASS/. The observer delegation of the Public chamber (OP) of the Russian Federation recognized the past in Cambodia elections for the National Assembly (lower house of Parliament) fair and transparent. This is stated in the press service of the public chamber on Monday.

The statement of the Russian observers from the OP of the Russian Federation noted that the elections had a competitive nature, noted the active participation of 20 political parties and respect fundamental freedoms of expression, Assembly and Association. “The mission has not documented cases of coercion in the voting or other violations. In all observed polling stations, counting was carried out honestly, in a safe environment, in accordance with international standards. Russian observers have confirmed that they consider the elections to the National Assembly of Cambodia of the sixth convocation fair, honest and transparent”, – stated in the message of the chamber.

As reported in the press service of the chamber, the delegation of the Russian volunteers included members of the chamber Maxim Grigoryev, Artem Kiryanov, Catherine Kurbangalieva, Konstantin Komkov and Denis Kiris, it was headed by the Deputy Secretary OP the Russian Federation, Ambassador extraordinary and Plenipotentiary Sergei Ordzhonikidze. The observer delegation of the public chamber was part of the mission of the Russian Federation on elections in Cambodia, which included deputies of the state Duma, headed by Alexei Cepoi and members of the Federation Council led by Stepan by Irecover.

According to the Central election Commission of Cambodia, voter turnout in the last of the July 29 elections was 82,17%. According to preliminary data, the victory was won by the ruling people’s party of Cambodia, with about 80% of all votes. The official results of the CEC will announce on 15 August.