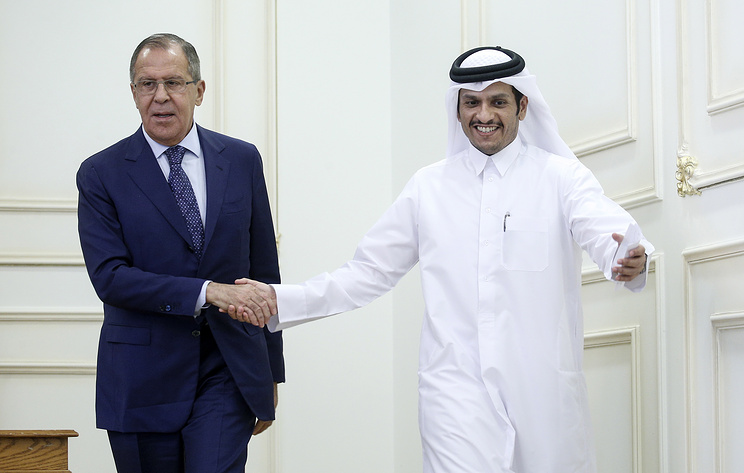 MOSCOW, August 1. /TASS/. The foreign Ministers of Russia and Qatar Sergei Lavrov and Mohammed bin Abdel Rahman al Thani exchanged on Wednesday a congratulatory telegram on the occasion of the 30th anniversary of establishment of diplomatic relations between the two countries and confirmed their commitment to increase bilateral cooperation. This is stated in the message of the foreign Ministry.

“The foreign Ministers expressed satisfaction with the ongoing development of Russian-Qatari political dialogue, enhancing trade and economic cooperation and humanitarian contacts. Confirmed the mutual desire of Moscow and Doha for further strengthening of multifaceted bilateral cooperation that meets long-term interests of Russia and Qatar”, – stressed in dipvedomstva.

On July 24 the office of the British Prime Minister Theresa may issued a statement on her talks with Emir of Qatar Tamim bin Hamad al-Thani, which stated that they agreed that engagement with Russia is necessary from the standpoint of strength and unity. However, in an official statement, Doha at the end of the meeting it was not mentioned. Later official representative of foreign Ministry of Russia Maria Zakharova said that this is only part of the British anti-Russian campaign, the solidarity with which the Qatari diplomats have rejected.