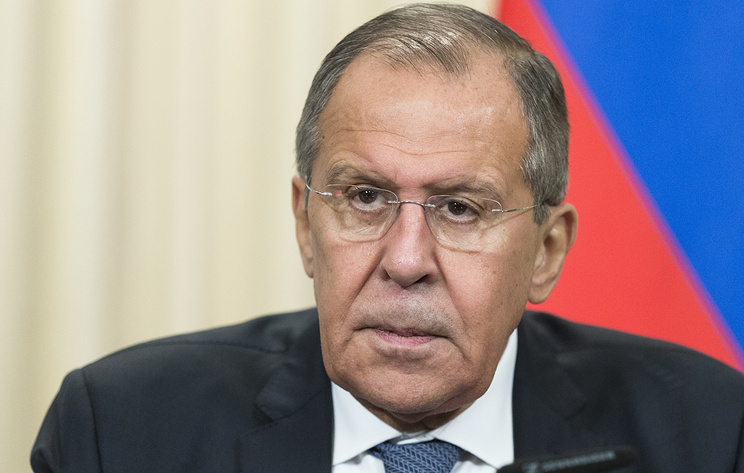 SINGAPORE, 2 August. /TASS/. Russia is ready to increase cooperation with the Association of Southeast Asian Nations (ASEAN) in the field of combating terrorism. This was stated on Thursday Minister of foreign Affairs of the Russian Federation Sergey Lavrov, speaking at the Ministerial meeting Russia – ASEAN.

“We welcome the development of our relations with ASEAN in all areas, including on issues associated with addressing new challenges and threats. First of all, referring to terrorism and foreign terrorist fighters, the Minister said. – We are ready to intensify our cooperation on these issues in the framework of the East Asia summit, and in the framework of the ASEAN Regional forum on security”.

“We are keen to consider further steps to building a strategic partnership Russia – ASEAN in accordance with the decision of our leaders, which they adopted at the summit in Sochi in may 2016, the Minister said. – We welcome the development of our relations with ASEAN in all directions”.

In particular, the Minister noted that he intends to discuss with colleagues from ASEAN preparations for the summit and East Asian summit to be held this fall in Singapore.

“Today we should speak, how are the preparations for the ASEAN summits with its partners, the East Asia summit events will be held in Singapore in November this year”, – said the head of the Russian foreign Ministry on Thursday, speaking at the Ministerial meeting of the Russia – ASEAN in Singapore.

Lavrov expressed confidence that the meeting of foreign Ministers, and other activities of ASEAN “will be successful and will advance to building regional formats of cooperation in all fields”.

The Russian foreign Minister added that the meeting of Ministers of Economics of ASEAN-Russia is expected in late August in Singapore.

“We welcome the positive momentum of bilateral trade. Last year the trade turnover increased by more than a third – said the Russian foreign Minister. – On the agenda we have a study of promising initiatives and projects in energy, agriculture, health, small and medium enterprises, environment”.

“At the end of August in Singapore, scheduled a meeting of Ministers of Economics of Russia and ASEAN – Lavrov said. – I am sure that it will allow to move forward on all these fronts”.

In addition, the Minister expressed hope that the representatives of the ASEAN countries will participate in the 4th East economic forum to be held 11-13 September in Vladivostok. Expected to more than 6 thousand participants.