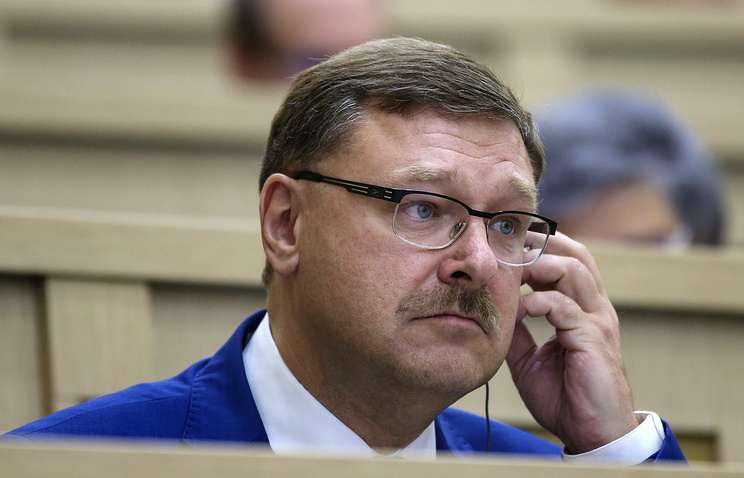 MOSCOW, August 5. /TASS/. The decision on the appointment of actor Steven Seagal to the post of special envoy of the foreign Ministry of Russia on Russian-American relations is justified humanitarian nature, Moscow wants to appeal to those people in the US who are not interested in the degradation of the cooperation. This opinion, responding Sunday to a question by TASS, was expressed by the head of the Federation Council Committee on international Affairs Konstantin Kosachev.

According to him, this unusual move, “but custom and the situation when one of the parties – in this case the United States – purposefully and with inexplicable gusto does everything to spoil bilateral relations.”

“I think that in this case Russia demonstrates, first, their desire to do everything in her power to negative changes in the relationship not acquired an irreversible character,” continued the Senator. Secondly, he believes that the Moscow shows “the understanding that in conditions of inadequate actions of most U.S. politicians, especially given the unfounded allegations of the alleged interference in the American election have to appeal to public opinion, to those people who are not interested in the degradation of cooperation and that this can get hurt.” Thus Kosachev has underlined that Russia intends to make it “civilized and transparent means.”

“With this approach, the choice of the figure of the famous actor and humanist is justified, and will continue to depend on himself and people like him. And the more people like him, goodwill ambassadors, the better both for Russia and for the United States”, – concluded the head of the international Committee of the Federation Council.

In a statement posted on the official website of the Russian depodesta in Facebook, says that “Steven Seagal appointed special representative the Ministry of foreign Affairs on Russian-American cultural ties”. Its mission is “to promote the further development of Russian-American relations in the humanitarian sphere, including cooperation in the sphere of culture, art, public and youth exchanges and so forth.” As explained in the Ministry, we are talking about the socio-political positions, not involving monetary compensation.

Actor Steven Seagal, born in USA, received Russian citizenship in November 2016. He often visits to Russia and have repeatedly expressed their sympathy for Russia.