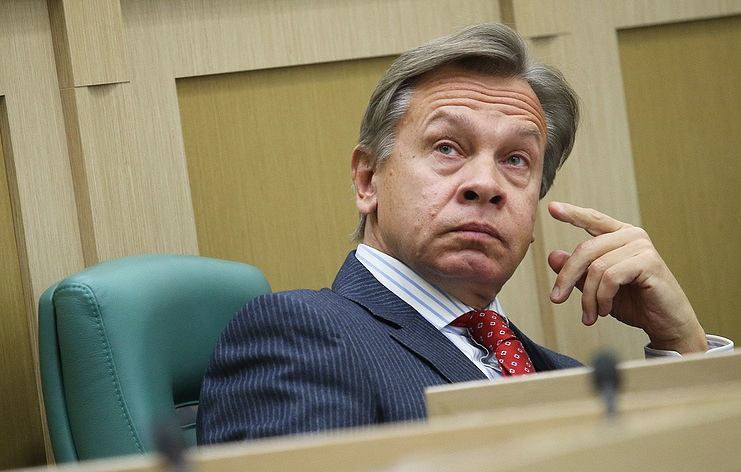 MOSCOW, 8 Aug. /TASS/. Russian Senator Alexey Pushkov after the incident with erroneous launch of the air force of Spain, missiles “air-air” in the sky over Estonia urged the authorities to follow up their defence, NATO aircraft, but not for the Russian air force. He wrote about this in his Twitter.

“If on the outskirts of N in Estonia, suddenly will land and explode the missile fired by mistake from a military plane in Tallinn now have to guess where the missiles fly. And not to follow the Russian air force, “defending” Estonia by NATO aircraft”, – is spoken in the message of the Senator.

Earlier it was reported that air force fighter Spain on Tuesday by mistake launched a military missile AMRAAM class “air-air” when flying over the southern part of Estonia. The incident occurred at 15:44 MSK in the area of training flights over the settlement Pangody.

The defence forces of Estonia pointed out that the rocket has activated self-destruct sequence, which was to destroy the projectile still in the air. However, despite this, the missile could fall to the ground about 40 km to the North from Tartu. Missile length is 3.7 m, diameter 18 cm, it is equipped with a warhead.