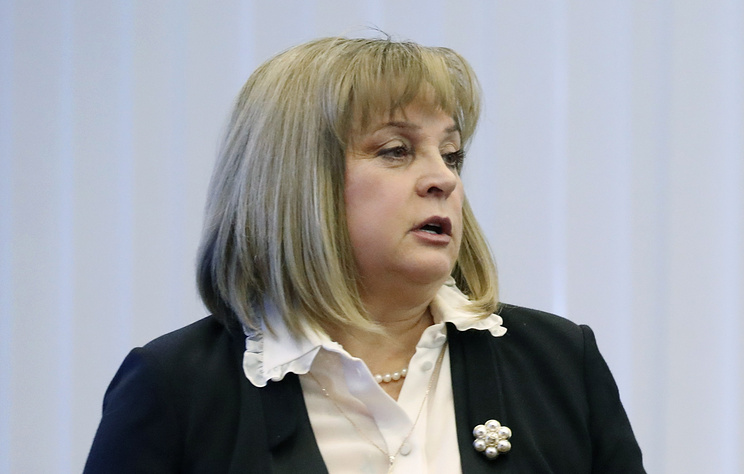 MOSCOW, 8 Aug. /TASS/. The electoral Commission’s 19 regions has received 30 notices of meetings of initiative groups on holding all-Russian referendums. This was announced on Wednesday by the Chairman of the CEC of the Russian Federation Ella Pamfilova.

“30 notifications of the 19 regions,” she said at the Commission meeting, adding that in some regions meetings have already taken place, and somewhere they canceled.

In particular, according to her, the Communist party withdrew notices of meetings in Buryatia, the Sverdlovsk region, in Moscow, a group of citizens, “presumably from the “Yabloko” party also failed to hold the meeting.”

Earlier, the CEC declared inconsistent with law, the question proposed by the Communist party for submission to the national referendum against the increase in retirement age. At the meeting on 8 August, the CEC plans to adopt three similar initiatives referendum against raising the retirement age proposed by different political and civil forces, including the candidate in mayors of Moscow from “just Russia” Ilya Sviridov and the Communist party.

“Just what else one bid was submitted, but we don’t have time for the meeting to process, so moving everything else to the next meeting,” – said Pamfilova.

For the organization of a nationwide referendum is required to hold a meeting of the initial subgroups of no less than 100 people, more than half of subjects of the Russian Federation (i.e. at least 43). The electoral Commission, which received the first application for registration of a subgroup, shall send to the CEC the wording of the proposed question to check for compliance with the requirements of the law. CEC approves the conclusion on whether a law, the question of the referendum, on the basis of the regional electoral Commission registers the initiative subgroup or failure to maintain her registration.

After successful registration of the subgroups in 43 regions held a meeting of their commissioners, subsequently, the Commission served a petition for registration of initiative group on referendum. In the case of a positive decision within 45 days of the initiative group must collect at least 2 million signatures, one region may have no more than 50 thousand autographs.