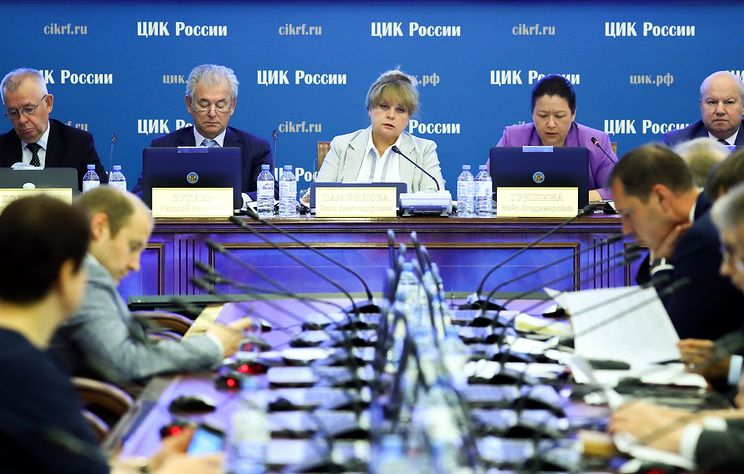 MOSCOW, August 10. /TASS/. The Central election Commission of Russia at session on Friday plans to recognize the relevant requirements of law for two similar formulations of the questions proposed by several initiative groups for submission to the national referendum against the increase in retirement age. This follows from the draft regulations prepared for the meeting.

Documents for registration of initiative groups were filed with election commissions Vologda and Nizhny Novgorod regions.

Nizhny Novgorod initiative group offers the question read: “are You for a ban on the increase in established by the legislation of the Russian Federation on pension provision as at 1 July 2018, the age at which there is a right to pension for old age?”.

Earlier, the CEC approved the wording of the questions, which three are independent from each other, the initiative group created by spravoross Ilya Sviridov in Moscow, volunteers in Moscow and the Communist party in Altai Krai, offer for a referendum against increasing the retirement age. All five of the initiative group are similar.

According to the law within the region of two action groups with a similar referendum was to be able, preference is given to the one who will apply first. Because all the initiators of the questions are similar and focuses on one subject, to register a group half of the subjects each of them “is impossible from a mathematical point of view,” explained Secretary of the CEC, Maya Grishina.

This is followed by the meeting of the authorized representatives of all registered groups, and Federal, the CEC shall register the initiative group. From that moment the initiative group will have 45 days to collect at least 2 million signatures, one region may have no more than 50 thousand autographs. If the signatures are validated, the CEC will grant permission for the holding of a referendum.

For the organization of a nationwide referendum is required to hold a meeting of the initial subgroups of no less than 100 people, more than half of subjects of the Russian Federation. The electoral Commission, which received the first application for registration of a subgroup, shall send to the CEC the wording of the proposed question to check for compliance with the requirements of the law. CEC approves the conclusion on whether a law, the question of the referendum, on the basis of the regional electoral Commission registers the initiative subgroup or failure to maintain her registration.

After successful registration of the subgroups in 43 regions held a meeting of their commissioners, subsequently, the Commission served a petition for registration of initiative group on referendum. In the case of a positive decision within 45 days of the initiative group must collect at least 2 million signatures, one region may have no more than 50 thousand signatures.