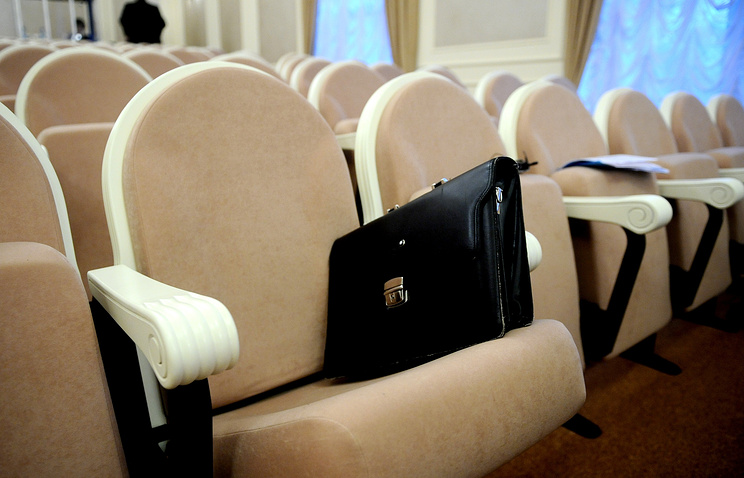 MOSCOW, August 10. /TASS/. To speak about the complete abolition of the municipal filter prematurely, but it should be lessened, experts say the Association of NGOs on protection of electoral rights “Civil control”. They appeal to the statistics of nomination and registration of candidates in the gubernatorial election this year, arguing that at least one third of nominated candidates was not even going to campaign.

Report of Civil monitoring on the progress of the regional election campaigns, presented on Friday, TASS reported.

In direct elections of heads of regions, which will be held September 9 in 22 subjects, of the 172 candidates lost the status of nominated 33 candidates. Registration according to the CEC on 6 August, were 98 candidates.

“It should be noted that 21 of them [lost the status of a nominated candidate] submitted in Moscow lost its status as extended by decision of the Commission because of outstanding documents,” the report said.

“Different in form, those decisions [about refusals for failing to submit documents] of identical content and suggest that at least one third of candidates were not going to campaign”, – concluded the experts.

According to the authors of the report, essentially to consider should be only a few cases of refusal in registration of candidates for the gubernatorial elections, connected with the insufficient number of signatures of municipal deputies and heads of municipalities. The discussion about the municipal filter these cases suggests the difficulty of its passage, they say.

To such cases they put the refusal in registration on elections of the Governor of the Vladimir region, the journalist Maxim Shevchenko (CPRF), Dmitry Gudkov, who was a candidate for mayor of Moscow from “Civil initiatives”, Ivan Serebryakov (“Patriots of Russia”), participated in the struggle for a post of the head of Krasnoyarsk region and Roman Rubtsov (Party of free citizens) at the election of the Governor of the Pskov region.

In total, according to the “Civil control”, during the campaign all four candidates were really cut off municipal filter, a few introduced the signature “in a quantity slightly different from zero”.

“Such statistics allows to speak about prematurity of the complete abolition of the filter, but about the need to reduce the required percentage of signatures and the abolition of the ban on multiple signature, similar to the collection of voter signatures,” according to the report.

Earlier, the Chairman of the CEC of the Russian Federation Ella Pamfilova said that the possible reform of the municipal filter, as well as transfer a single voting day for late autumn or spring, will discuss after the elections, the working group on improving the electoral legislation during the presidential Administration of the Russian Federation. According to the head of the CEC, in its current form, the municipal filter kills competition in the elections.