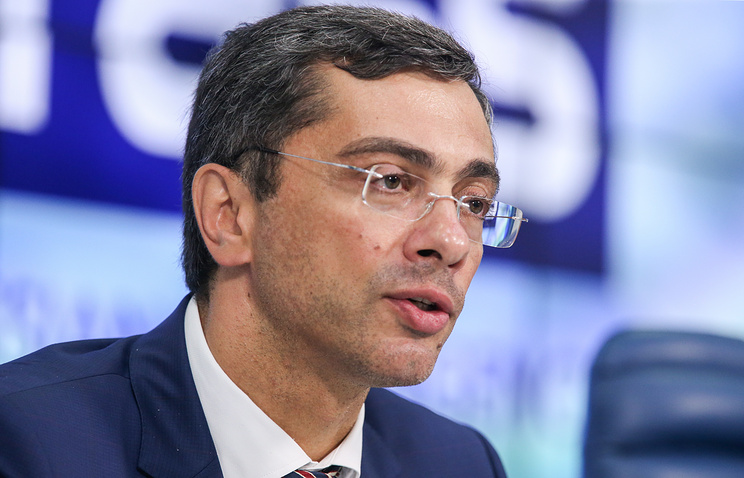 MOSCOW, August 10. /TASS/. The head of the state Duma Committee for legislative support of defense enterprises Vladimir Gutenev believes that it is possible to link the issues of further deliveries of titanium and rocket engines RD-180 in the United States with tighter anti-Russian sanctions.

“Imposing unwarranted sanctions, the US does not take into account the dependence on Russia for a considerable proportion of goods, such as titanium or rocket engines RD-180, required for the implementation of a number of American programs. As the first tangible response, it seems appropriate to link the supply of rocket engines as with the adoption of sanctions and the appointment of a payload into orbit,” he told TASS on Friday.

That is explained Gutenev, if Russia “in the context of the sanctions is to supply so necessary for the US rocket engines, she should be given assurances that into orbit the equipment will not be used in military and intelligence programs.” “Moreover, guarantees must be not only on paper,” – said the Deputy. In his opinion, “it will not only respond to proposals that the Russian President announced his American colleague on the issue of preventing the militarization of outer space, but to the General course of Russia on decrease in degree of tension in the world.”

Gutenev believes that the tightening of sanctions “is to be unpleasant news, but not cause particular alarm, because it will be an additional incentive for import substitution and diversification of production”. According to him, the sanctions were taken consecutively, Russia has had time to adapt to its economy. “In many segments of the industry passes the substitution, for a number of nomenclatural positions had changed suppliers, the more that a significant part of electronic components are made in South-East Asia, the supply of which do not cause problems”, – said the head of the Commission, calling Asian components are more reliable in some cases.

Earlier, Prime Minister Dmitry Medvedev said that further strengthening sanctions against Russia will be regarded as a Declaration of a trade war, which will have to respond to the economic, political, or other methods.