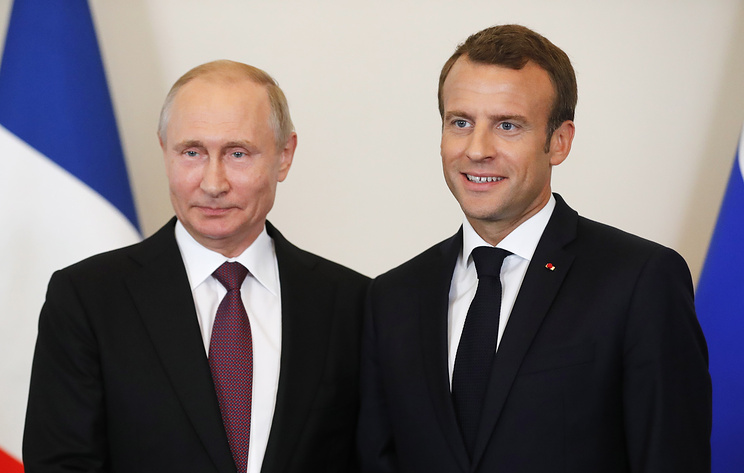 MOSCOW, July 21. /TASS/. The presidents of Russia and France Vladimir Putin and Emmanuel macron discussed the situation in Syria, the Russian President stressed the importance of helping to rebuild the country’s infrastructure.

“During the exchange of views on the current situation in Syria, the leaders gave a high assessment carried out in July, the Russian-French operation for the delivery and distribution of humanitarian aid among the population of the Syrian province of the East ghouta”, – stated in the message of the Kremlin.

In addition, Putin “stressed the importance of continuing the international community’s assistance to restore socio-economic infrastructure of Syria, as well as the return of refugees and temporarily displaced persons to their permanent places of residence.”

In the course of the conversation “touched on some other topics,” he added in the Kremlin.

France sent to Syria more than 40 tons of humanitarian aid by agreement between the Russian and French presidents. The aid was delivered to the airfield Hamim 21 Jul aircraft An-124 “Ruslan” military transport aviation of the Russian Federation.

In late July, forces of the Syrian Arab red Crescent, accompanied by members of the Russian military police cargo (mobile clinic operations, kitchen sets, blankets and medical supplies) were brought to the city of Duma in Eastern ghouta.