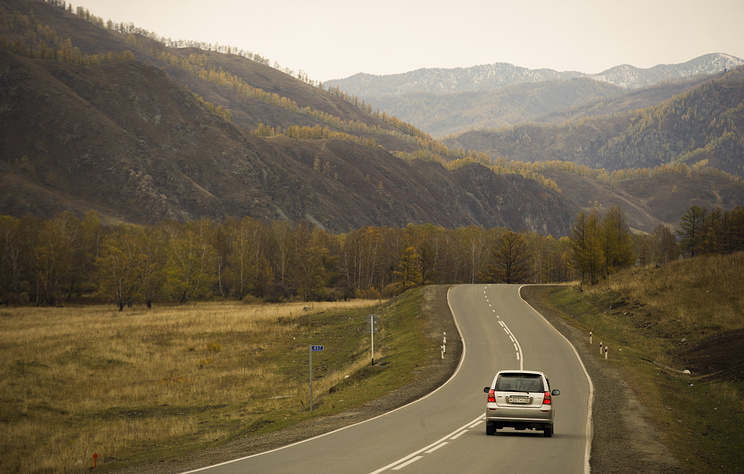 Services carpooling continue to be on the border of official regulation and trust between drivers and passengers. The authorities are developing measures to protect both. The media talked about new proposals.

Earlier it was reported that the Ministry of transport plans to develop rules for the operation of services carpooling. Initially such a proposal to the Agency appealed the French company BlaBlaCar, which in 2017 are faced with the risk of locking in Russia due to accusations of organizing illegal transport.

Carpooling (from the English. car — “car” and pool “Association”) or ridesharing (from the English. ride — “the ride” and share “to share”) is a joint trip by car, when the passengers reimburse the driver part of the costs. The companions choose the best for all the route. Carpooling can be various: from long-distance travel between the cities daily to short routes from home to work and back.

?
As there was a service of joint visits?

First carpooling originated in the USA during the Second world war, when the question arose about fuel economy for the army and the drivers are obliged to take passengers.

In its modern form it originated in the 1970s during the oil crisis, when consumers started looking for ways to save money already because of rising fuel prices. After a few lost popularity and came back in the 2000s with the development of Internet and mobile technologies, facilitated a search for travel.

?
What are carpooling there are pros?

The main obvious advantage of carpooling remains saving. On tickets — for passengers, – for gasoline — for the driver.

This is especially true for the Russians on the background of changes in fuel prices. From the beginning, it managed to grow by almost 8%. Stopped the growth of emergency measures to reduce excise duties on petrol and diesel and failure to raise them on 1 July. Also, the government agreed with oil companies to freeze prices on fuel and increase the supply on the domestic market. Along with this authorities have warned manufacturers about a possible increase in export prices for petroleum products. Recently President Vladimir Putin signed a law giving the government such a right.

Just over ten years the number of passenger cars in Russia increased almost two fold from 28 million vehicles in 2007 to 42 million in 2017, according to the analytical Agency “AUTOSTAT”. While most car owners regularly appeared in Moscow and St. Petersburg — 3.65 million and 1.68 million cars, respectively. To improve the situation with traffic authorities in many countries have dedicated lanes that are available only for public transport and cars with two or more passengers. While the Russians are only available the first option of dedicated lanes, which also allowed taxi passengers.

The decrease in cars allows you to reduce the negative impact on the environment.

Carpooling, according to market participants, leaves more comfortable than public transport, cheaper than a taxi and safer than hitchhiking.

However, according to the Director of the Institute for transport Economics and transport policy HSE Mikhail Blinkin at his, carpooling is not a competitor of the same taxi: “This service “neighborhood services” will be developed completely independently. There is a huge field formats of mobility, which is very heavily segmented — habits and income opportunities. And because they are not competitors,” — said the expert.

?
What are the risks of carpooling?

The first and the main disadvantage is the danger stumble upon unscrupulous driver. For example, at the meeting, you may find that instead of a comfortable car passengers waiting for the usual bus, where you have to drive several hours. Or at the end of the trip the driver will be asked to pay more than agreed.

Risks lurk and drivers. For example, on popular routes, under the guise of fellow travelers on the journey with you can negotiate illegal cabs. As a result, the meeting place, the driver finds no one, traveling alone, and passengers intercepted.

During registration, many services require you to verify that the car owner is not going to make the trip. In addition, the services may at any time be required to provide the documents required for its use. But they pre-warn users that cannot guarantee full reliability of the data. Thus, the safety of both the driver and passengers in the way is still their personal responsibility.

?
Things to remember when searching for travel companions?

• Discuss details with the driver of the trip. If along the way you will need somewhere to go or somewhere to stay, we should discuss this in advance.

• Check the workload of the car. Will there be other companions, how much will things. To not have to carry your suitcase on his knees.

• Combine routes. Often fails to find the driver on all the way. Then split it into several sections, and look for a car for each of them.

• Don’t neglect the insurance. Optional life insurance and health can be issued for a short period of travel.

• And most importantly — be aware of security. Choose passengers for checked services and sites, read the reviews and don’t hesitate to ask the drivers for more information.

?
I want to change companies?

As explained TASS in BlaBlaCar, the company has asked the authorities to deal with regulation in the field of carpooling to distinguish between two types of trips:

• when ordinary drivers drive for travel, partially offsetting the cost of fuel;

• when illegal cabs are for profit. French BlaBlaCar is the largest company in the market of carpooling in Russia. According to the company, more than 65 million people use its services in 22 countries around the world, including 15 million in Russia. In the fall of 2017 Timashevsky court of Krasnodar region satisfied the claim of Prosecutor’s office, arguing that the company provides illegal carriers. Later after an appeal court overturned this decision and prevented a possible lock service in Russia.

The Ministry of transport agreed that the lack of regulation “can lead to illegal business activities and to create preconditions to violate the requirements of safety of transportations of passengers”. In a press-service of the Ministry said that all the proposals on the issue are in progress now. It is planned that later they will discuss the working group that will include representatives of Federal and regional authorities and the expert community.

Regional Director of Union of transport workers of Russia Vyacheslav Korobova noted that in Russia there is no legislative regulation of such services, so the authorities will have to rely on the international experience. The idea of regulation is good, but from the point of view of implementation — very difficult, he said. Because it comes to administrative mechanisms that are built on trust — car-owners to passengers, the state service and Vice versa.

According to Mikhail Blinkin at his, as most services are carpooling via the Internet or mobile apps to track unscrupulous drivers should be easy. Several trips per day in one direction back and point out the dishonesty of the owner, explained the expert.

The service “Yandex.The ride” did not respond to a request.

The newspaper “Kommersant” told the details of one of the versions of the bill developed by the Department of transport. The city authorities offered:

• to introduce mandatory accreditation for owners of Internet-resources on which people agree about trips;

• to set a limit on the amount of payment;

• make all calculations between drivers and passengers is strictly non-cash;

• to allow only motorists with Russian driving license and experience of minimum three years;

• machine must be registered in Russia and have either GLONASS or GLONASS and GPS;

Control platforms carpooling diptrans Moscow suggested that the Russian transport inspection. And aggregators will have to conclude with the authorities of the agreement on information interaction. That is:

• companies will be obliged to send data about the drivers for the official record of such visits;

• the state, in turn, will inform the aggregators on driving licences, which you want to block, or those that are blocked on the Internet platforms of other companies.

?
What threatens to breach these rules?

Fines. And for drivers and for aggregators carpooling.

So, if the bill is adopted, the charging of fees in cash can cost the driver 5 thousand rubles.

For the platforms, the penalties proposed to do much more:

If the company three times a year will break the rules, authorities will be able through the courts to demand to cancel its accreditation and to block the Internet platform.

But “Kommersant” said that it is only one of the options that is yet to be discussed.

?
What does this mean for me?

The introduction of accreditation, cashless payment, penalties and other measures of state regulation may “expel” drivers in the shade. Where they will contact the passengers are not through centralized services, and the old fashioned way — through forums or social networks. Which again threatens to bring carpooling from supervision authorities and leave the area of trust between the participants.

But the interaction of those drivers who remain on the official platforms and may be safer and easier for both parties. So, cashless payments, for example, can protect passengers from unreasonable price increases at the end of the trip, and the driver — from the risk of no reimbursement of travel expenses.