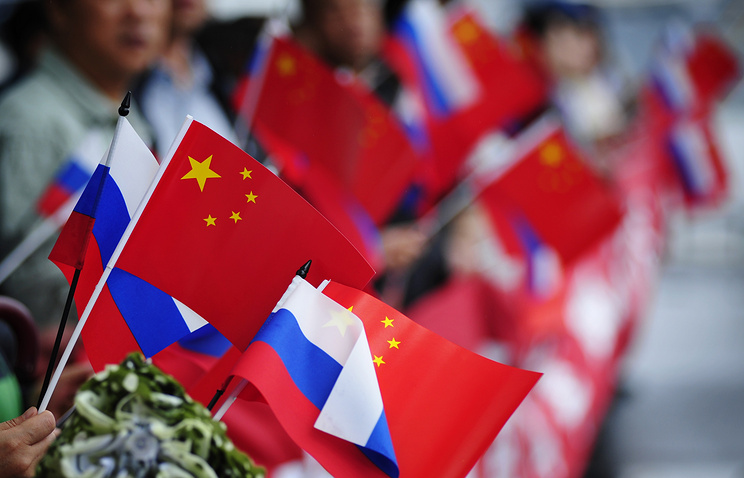 TASS, August 24. Residents of the far Eastern territories of advanced development (TOR) and free port (SPV) with participation of Chinese capital will implement more than 30 projects worth about $4.2 billion, representing only about 7% of all investment in the macro-region. About this a few days ago, said the presidential envoy in the far Eastern Federal district Yuri Trutnev at the end of the intergovernmental Russian – Chinese Commission on cooperation and development of the Far East and the Baikal region of Russia and northeast China.

In the near future, according to the Ministry, with the involvement of investors from China is planned to implement the largest projects – the construction of high-speed railway connecting Vladivostok and the Chinese Mudanjiang, pulp and paper plant in the Khabarovsk region, as well as creating TRANS-border zones of economic cooperation.

However, according to experts, the potential of mutual investments and Chinese investments in the infrastructure of the Far East remain immense, and the investment breakthrough new mechanisms and approaches. These issues will be the topic of discussion during the panel sessions and talks at the upcoming Eastern economic forum (WEF) in Vladivostok. That hinders the work of Chinese investors, what are the mechanisms necessary for the development of Russian – Chinese economic relations in the far East, TASS correspondent was told by representatives of Federal and regional authorities, expert and business community.

The far East has something to offer to foreign investors, including Chinese, says the head of Minvostokrazvitiya Alexander Kozlov. In his opinion, investment growth contribute to new mechanisms of development of the Far East. In particular, the establishment of a TOR, and SPV. Today, investment from China is 7% of investment to the far East, said the Ministry of the Russian Federation.

The authorities are always ready to improve the conditions of doing business in the far East. “It is important to understand that the state guarantees the stability conditions for the foreseeable period, at which the investor comes into the territory. This is important for planning. To solve this problem, President Vladimir Putin signed a law on the so-called “grandfather clause”, according to which the conditions for residents of TOR and SST do not change for 10 years”, – said the Minister in an interview with TASS.

According to experts, the potential of mutual economic ties is huge. In particular, the main hope of the far East in attracting Chinese investment associated with the development of infrastructure and transport communications, the head of the master programme in regional studies of North-Eastern Federal University daryana Maximov. In addition, one of the most promising regions for the development of bilateral cooperation between Russia and China in the development of the Far East may be the Arctic.

“In the coming years with the changing climatic conditions of the Northern sea route (NSR) may become the most important transport artery in Eurasia in the Arctic. We should also speak about the interest of China, which sees the development of the Northern sea route, the opportunity for the development of new Chinese initiative “Arctic silk road”, – the expert believes.

While big business and the state Corporation of China are eyeing the markets of the Russian macro-region, some companies are already using established far East system of preferences, providing attractive conditions for investment. As reported TASS, the Corporation of development of the Far East, in Primorsky Krai is implemented three investment projects involving Chinese investment in the residents of TOSER. They are engaged in projects in the field of logistics, fish processing and the production of diapers.

An example of cooperation in the framework TOR for small business shows Chinese mining company “Singidun”, which is TOR for small business “Kangalassy” in Yakutsk started the construction of a brick factory. “At full capacity (production of 7 million bricks per year) is planned for next year. This will allow to provide the population with high quality products and also reduce its cost almost doubled – from 60 to 75 rubles per share up to 25-30 rubles,” – said TASS representative of the company “Tsingitud-Ceramics” Gavril Neustroev.

Neustroev added that the total investment of the founder – Chinese mining company “Singidun” – will be about 64 million rubles. “Start of production will create 64 jobs, mostly for the local population,” he said.

You need to break

More active entry of Chinese investors into the regions of the Far East prevent lack of interregional ties between the two countries, and the lack of effective communication, experts say. As the expert NEFU daryana Maksimova, cooperation on a number of parameters at the level of regions that has “stalled”, the initiative in the development cooperation comes primarily from Moscow and Beijing, not Khabarovsk and Harbin.

The regions of the Russian Far East is not yet making full use of the mechanisms of paradiplomacy. “Statements and official documents of the authorities of the regions of the Russian Far East and China to a large extent while that is declarative and is often not meaningful. For China the far East is not included in the list of priority foreign-policy and investment priorities, behind a number of other regions and areas,” – said the regional studies specialist.

It is competent of communication will help to overcome intercultural barrier and understand the mentality to each other, said Director of project management Department of the Pacific state University Gennady Markelov.

“Often in negotiations, they say, it would seem, about the same things, agreeing with each other, and after some time find out what were talking about different things. Elementary example: what is the gate to the base? Russian understanding is, roughly speaking, a corrugated sheet, two folds, guard dog, and from the perspective of a Chinese entrepreneur, gates is a building with a gatehouse and office space. This is a typical example of the difference of thinking, and that’s the difficulty, and it’s not so much the interpreters, what is different mentality, different understanding,” he explained.

To solve the communication gap expert proposes to form a permanent communication platform, to conduct joint business and intercultural events. In particular, such a centre may appear in the Khabarovsk region, said Markelov.

“We see it in the first place, communication of the Russian-Chinese center, and then transport and logistics, and information, and financial”, – he said, noting that in the future this center will be able to educate a new generation of young Russian and Chinese entrepreneurs who understand the mentality of each other.

Fourth Eastern economic forum will be held in Vladivostok on September 11-13. TASS is the General information partner, official host photo Agency and moderator zone the presentation of the investment projects WEF-2018.