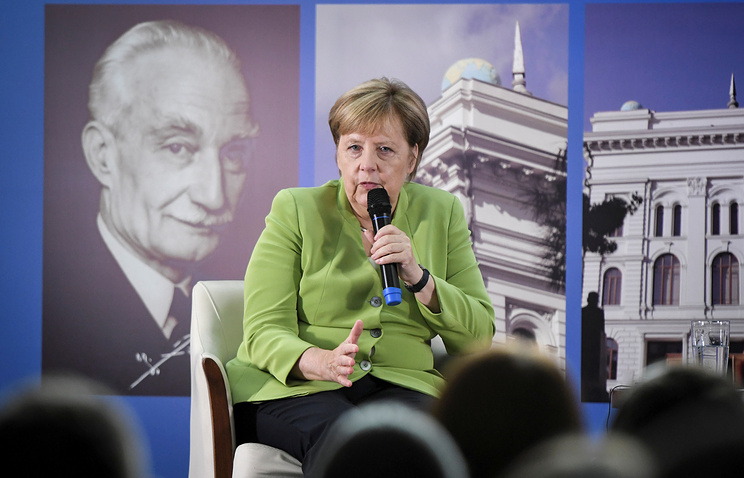 TBILISI, August 24. /TASS/. Germany cannot say “no” with Russia in supplying gas and oil. This was stated on Friday by German Chancellor Angela Merkel at a meeting with students of Tbilisi state University, aired live by several TV channels of Tbilisi.

“Even in the era of cold war Europe and Russia, then the Soviet Union, had close cooperation in Energoupravlenie. We [Germany] can’t say no to cooperation with Russia in the direction of supply of gas and oil,” – said Merkel.

“Azerbaijan, of course, is the country from where we can get gas, but frankly, there is no way to obtain this gas at the same price, which get Russian gas”, – she noted. “Europe – said Merkel is to receive gas from Russia cheaper than from other countries.”