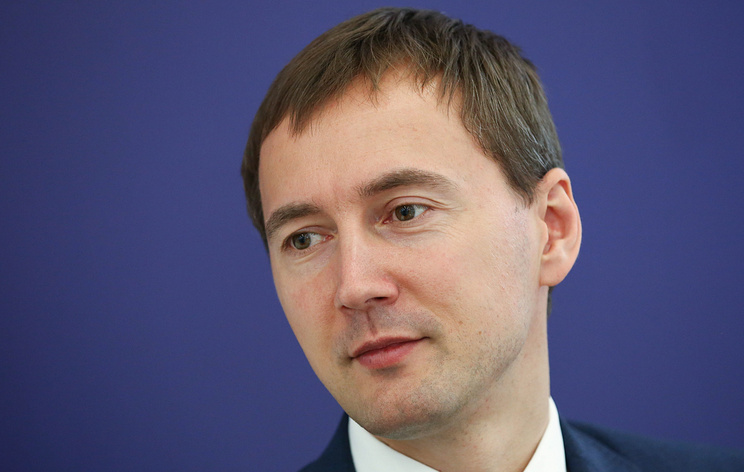 VLADIVOSTOK, August 24. /TASS/. Residents of territories of advanced development (TOR) and free port (SST) in the far East have already invested in the region’s economy 260 billion and created and upgraded in their enterprises about 14 thousand jobs. By the end of the year is scheduled to start about 150 projects in the framework of these economic regimes. The results of the work of investors ahead of the Eastern economic forum told TASS Director of JSC “Corporation of development of the Far East” (CRDW) Denis Tikhonov.

Fourth Eastern economic forum will be held in Vladivostok on September 11-13. TASS is the General information partner, official host photo Agency and moderator zone the presentation of the investment projects WEF-2018. The work of investors in the framework of the TOR and of the free port, the forum participants will discuss the thematic session, “Territories of priority socio-economic development and the free port of Vladivostok: present and future”.

“To the IV Eastern economic forum, we came up with 18 THOR and SST in five regions of the Far East. Overall, residents THOR and the SPV has already invested 260 billion rubles in the economy of the region created and upgraded around 14 thousand jobs,” – said Tikhonov. He noted that if in 2016 the status of the residents of TOR and the free port received 229 of the companies by the end of 2017, they became three times more more than 600. It is expected that in 2018 the number of residents will double to more than 1.2 thousand

“Today a legally binding agreement on the conduct of investment activities in THOR and the SPV with the Corporation was signed by more than 1100 companies. The volume of declared investments is close to 2.8 trillion rubles, and the Residents plan to create more than 102 thousand jobs. The most popular sector is manufacturing – 78% of the total number of residents of the TOR and ISL projects in this sphere”, – said Tikhonov, noting that despite a multiple increase in the number of people wishing to obtain resident status, their applications are processed in time. So, 15 days is required for a decision on the project ten days for forwarding to the applicant.

Who is in the lead

Among the leaders in the number of residents of TOR in the far East – Primorye, Kamchatka, Khabarovsk Krai and Yakutia, and the number of participants in the free port and the primacy of the Primorsky region, said Tikhonov.

“If you look at the indicators of the TOR in terms of investment volume, the picture will be a little different. Here leadership in the Amur region. But, in my opinion, this layout is only important to evaluate the effectiveness of the regional authorities, in partnership with whom we work. And it is from year to year, as confirmed by the results of the rating of investment attractiveness of the ASI”, – said the head CRDV.

He explained that the amount of investment and number of jobs created are the most popular among the residents and THOR, and the ISL mining in this area the projects for the extraction and processing of mineral resources. The second is logistics and transportation, then manufacturing, food industry.

In the field of agriculture, including the fishing industry, currently in various stages of implementation in the territories of priority development and free port of Vladivostok are more than 50 investment projects with a total investment portfolio in excess of 91, 9 billion rubles and plans to create about 6.3 thousand new jobs. Ten companies have already been launched and produce meat and dairy products, vegetables and greens, forage for animals, others are in the stage of design and construction works.

“Sakhalin, for example, is ahead of the rest of the TOR for the tourism orientation. Of course, can not fail to mention the construction sector, which also refers to the number of main branches, which implement the projects, the residents of TOR and ISL,” added Director of the Corporation.

In addition, according to him, among the residents of TOR and the free port of more than 70 companies with foreign participation. The most active investors from China, Japan, and South Korea. “Interest from foreign investors is recognition of the competitiveness of the Far East market the Asia-Pacific region and the effectiveness of measures of state support that we have implemented. Moreover, the interest in modes of TOR and ISL is growing,” – said Tikhonov.

The problems of the residents

Among the major concerns of residents – financing, administrative burden and complexity of obtaining land without an auction, said Tikhonov.

“A serious problem for residents remains to obtain the required financing. Interest rates on loans offered by banks, is too high. To address this question Were the Russian Federation the mechanism of subsidizing interest rates for residents of TOR and SPV. I hope that it will work next year”, – said the head CRDV.

Effective tool in the fight against administrative pressure, he said, was the working group of the Prosecutor General and the Ministry, which are treated as separate cases, and activities of individual departments as a whole.

The main criticism of resident free port causes malfunction preferences of receiving the land plot without an auction. “On the one hand, you want to radically increase the efficiency of regional and municipal authorities without a devaluation of the legal rights of residents in the areas, on the other hand, the entrepreneurs themselves have increasingly begun to use this preference to create advantages in unfair competition. For such situations by making a number of amendments to the legislation, which is now undergoing approval in the Executive bodies,” – said Tikhonov.

Mode TOR in the far East implies a significant reduction for resident tax on mining, property and profit within the first years of operation, preferential connection to the infrastructure, a special procedure of land use, preferential rates on rent and much more.

Free port of Vladivostok also suggests vacation on the income taxes, property and land, a quick border crossing for international trade, simplified visa regime, a significant reduction of terms of carrying out fiscal audits and other preferences.