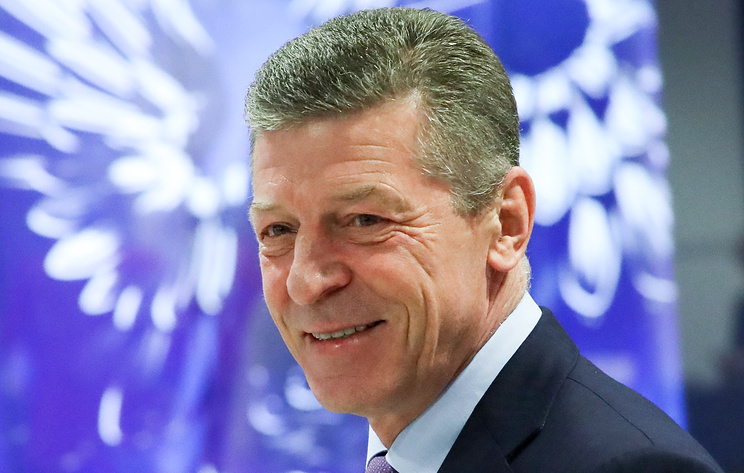 MOSCOW, August 27. /TASS/. The government has all the necessary tools to keep the growth of prices in the retail markets of gasoline at the level “in the area of inflation.” This was stated in an interview with RBC Deputy Prime Minister Dmitry Kozak supervising in the government questions of fuel and energy complex.

Kozak noted that all decisions on regulation of the fuel market in 2018 and for the next six years (associated with the completion of the tax maneuver), provide the necessary instruments to influence the oil market to maintain prices in the retail markets in the area of inflation.

Earlier, the Cabinet of Ministers decided to postpone the planned on 1 July to increase excise taxes on fuel to curb the growth of retail prices.

“But at the same time with the decreasing customs duties and increasing taxes for mineral extraction provides a negative excise duty for oil refineries, which have a mission to fulfill marketing tool for deterring domestic fuel prices. In case of export, the disparity will not be able to overcome with the negative and the damping of the excise tax, the government remains a tool like the introduction – I stress, on a temporary basis, of export duties on oil and oil products,” – said Kozak.

According to him, despite the fact that the possible use of such a tool will reduce the potential revenues that oil companies understand this attitude. “In the Arsenal of the government should be a lever of influence on the market,” he added.

Suggestions about refining the tax maneuver

Kozak also said that the proposals to clarify the law on tax maneuver continues to be debated, and amendments to the bill is possible in case of compelling arguments.

“Proposals for clarification of the bill continues to be debated. There is a corresponding instruction of the government ministries and agencies until September 1, together with additionally sort them out. If there are objective and valid arguments, we will take the necessary decisions,” he said, speaking of a tax maneuver in the oil industry.

The Vice Premier noted that “by itself, the discussion will not end never.” “There is an absolute consensus can not be. No taxpayer, no citizen, nor the most, today it is fashionable to speak, “socially responsible” business will never agree with increasing the tax burden”, – he added.

By mid-July, has reminded Kozak, an agreement was reached on the basic parameters of the bill, which was proposed to Parliament. But with some reservations. “The fact that the government and Parliament after September 1 are not able to make decisions about toughening of the tax regime even for the next tax period. Softening is possible at any time. Therefore, this bill will form the basis of budgeting for the next three years. Some clarification of the bill possible, but they are unlikely to have a significant impact on the overall tax burden for the oil industry, or will lead to essential reduction of incomes of the Federal budget”, – concluded the Deputy Prime Minister.

About the tax maneuver

The President of Russia Vladimir Putin on 3 August signed a package proposed by the government of the Russian Federation of laws on the completion of the tax maneuver in the oil industry, which will allow the budget to receive additional funds. Over the past few years, Russia has carried out tax reform in the oil sector. An important focus remains the completion of the tax maneuver. It will be held for 6 years, starting from January 1, 2019, and involves a gradual reduction of export duties on oil from 30% to 0% of the price of oil, and reducing export duties on oil products in parallel with the increase in the tax on mineral extraction.

Previously, Kozak said that the tax maneuver will bring the budget an additional 1.3 to 1.6 trillion rubles.

Among spelled out in the law of measures – introduction of logistic coefficients to reverse the excise duty, that is, compensation earned as oil refineries. The idea is to smooth out the “unequal conditions of access to markets and logistic differences depending on the geographical position of the factories”.

Now the export duty on light oil products, commercial gasoline and oil is 30% of the rate of duty on oil, straight-run gasoline – 55%.