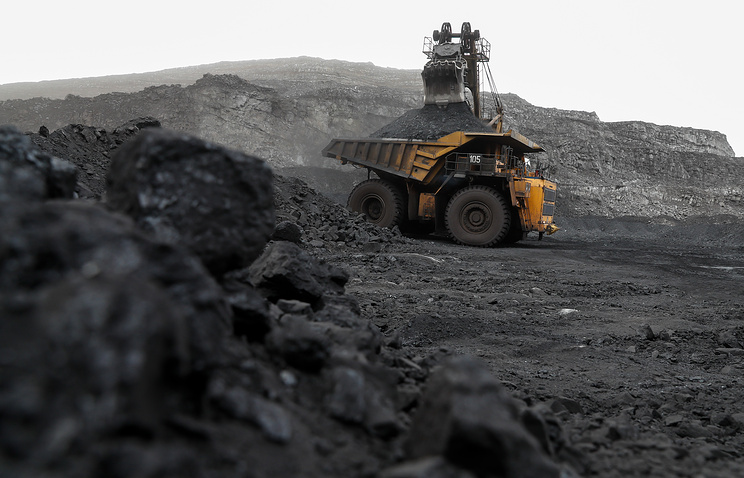 KEMEROVO, August 27. /TASS/. Coal production in Russia in 2018 will exceed the milestone of 420 million tons, thus breaking the maximum level of production in the Soviet period. This was announced by Minister of energy of the Russian Federation Alexander Novak at the session of the Commission for strategic development of the fuel and energy complex and environmental safety.

“This year will be exceeded the milestone of 420 million tons. And we, most likely, will exceed the maximum production level of the Soviet era, made in 1988. The volume of enrichment, as we expect, will increase to 195 million tons, or 28% more. Investment will reach 130 billion rubles per year, and tax deductions will exceed 100 billion rubles,” – he said, noting that from 2012 to 2017, coal production in Russia increased by 15.5% to 410 million tons.

According to the Central dispatching management of energy in 1988, the volume of production in the territory of the Russian Federation has reached a historic high – 425,4 million tons. Since then, the industry began a decline in production, stretching more than ten years.

“As a result of these measures taken, on your behalf, Vladimir Vladimirovich [Putin], already achieved the targets for the extraction that were set for the year 2030. So we are well ahead of the program. If you compare with the updated programme for 2014, we are ahead of three years, and therefore, in General, requires adjustments, and the program itself, and the setting of goals to input capacity, the quality of supplied coal, the share of export deliveries”, – said the head of Ministry.

Coal production in Russia by 2025 could rise to 560 million tons, in 2030 – up to 590 million tons, the implementation of these plans requires the investment of 1 trillion rubles of private investments, said Novak.

“Energy Ministry together with colleagues from other Federal agencies, in cooperation with coal companies spent the most probable volume of production increase relative to the approved program – 560 million tonnes by 2025 in comparison with the previously approved 460 million tons, and by 2030 – 590 million tons regarding approved 480 million tons. Thus, the increase will amount to 23-25% (relative to the previously approved forecasts – approx. TASS). This will require private investment in coal production – almost 1 trillion roubles, colleagues from coal companies confirm that they are willing to invest such volume of investments for development of production capacities”, – said Novak.

The Minister noted that investment in the industry should be supported.

“In our opinion, it is expedient to provide state support to the investment process in the coal industry. In this regard we have greater use for investment projects, mechanisms of areas of advancing socio-economic development, free port, special investment contracts,” he said.

First of all, according to the Minister, increased coal production is expected in the Kuzbass, Khakassia, Yakutia, Tuva, Khabarovsk Krai and other regions. “The most important incentive for these investments, of course, is taken at the end of last year the decision to establish long-term tariffs for rail transportation for the period till 2025. This is particularly important given the significant share of transport in the price of coal,” – said Novak.

The plan to export

According to forecasts made by Novak, in 2018 exports roossiyskih coal can exceed 200 million tons. “In 2018 the export of coal from Russia, according to our estimates, is expected to more than 200 million tons – 100 million tons in the Western direction and of the order of 100 million tonnes – in the Eastern direction. In a westerly direction until our prospects are highly limited due to the plans of the EU countries to reduce coal consumption, and in connection with the projected growth in supply from Colombia, the United States,” he said, noting that Russia’s share on the European market is now about 40%.

According to Novak, to the East, Russia’s share is equal to 9.3%, and the Ministry of energy sees the possibility of doubling export supply by 2025, with increased market share to 20%.

The Minister noted that, based on projected growth in world demand for coal and confirmed investment plans of the companies, determined the total volume of export of Russian coal to the East. “They can grow from 100 million tons [this year] to 207 million tons in 2025, including in the direction of rail traffic to 195 million tons,” – said Novak.

He noted that also evaluated the ability of the port supply of coal. “According to our estimates, the pace of development of these capacities [of coal terminals in Russian regions] allows you to fully meet the projected export volumes of Russian coal by again private investment. Fastest will be to expand port facilities on the Pacific coast, given the proximity to the growing markets”, – said the head of Ministry.