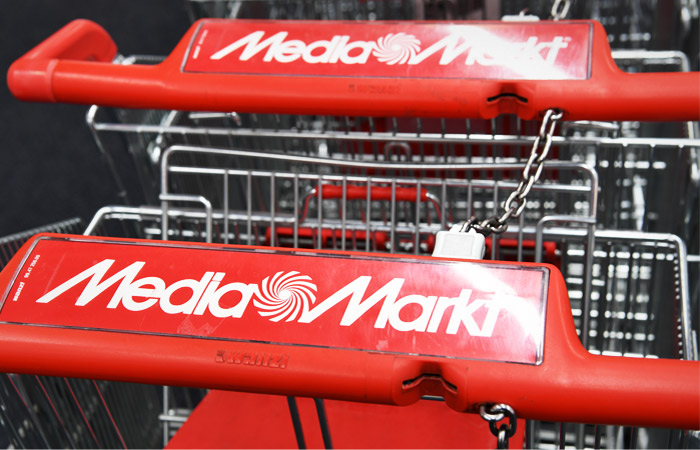 The transaction consisted of two stages: MediaMarktSaturn (belongs to the Ceconomy of the German AG) acquired 15% shares of PJSC “M. Video” group Safmar, the largest shareholder of the company, and “M. Video-Eldorado” has acquired 100% stake in OOO “Media-Saturn-Russland”, Russian business MediaMarktSaturn.

“M. Video-Eldorado” plans to fully integrate the Media Markt stores, which will significantly improve their economic model and to obtain an additional 110 billion rubles of revenue to 11 billion in EBITDA over the next four years, the report said the buyer.

Representatives MediaMarktSaturn will receive a designated Director and the observer in the Board of Directors of OJSC “M. Video”. A new Board of Directors will be elected in accordance with applicable legislation and best corporate governance practices, the report says.

After the closing of the transaction, the group Safmar Mikhail Gutseriev remains the largest shareholder of PJSC “M. Video” with a share of 38.2% (before the deal – 53,2%), MediaMarktSaturnполучил 15%, free float remained at 46.8 per cent (the shares of PJSC “M. Video” turn on “Moscow exchange”).

Thanks to the transaction “M. Video – Eldorado” received 42 Media Markt store in 22 cities. On their premises, the retailer plans to open around 60 stores “M. Video” or “Eldorado” – depending on the location, the competitive environment and the consumer audience. In some locations there will be shops on both networks. Of the stores open already this year, the rest in the first half of 2019.

“The acquisition of exceptionally well located shops Media Markt allows us to promptly implement the previously conceived plans for the development of both networks in their place we will open about 60 new stores “M. Video” and “Eldorado”. We will make every effort for the preservation and development of employees, Media Markt and guarantee our customers a truly wide range, best prices and best service”, – said the President of the group “M. Video – Eldorado” Alexander Tynkovan, quoted in the message.

One of the reasons – shortage in the Russian market of premium retail space, said earlier the CEO of the group of Enrique Fernandez. The Media Markt stores are located at premium locations and, according to the retailer, after rebranding will generate the revenue per square meter at the level of the best shops “M. Video” and “Eldorado”.

“The first results of the Association “M. Video” and “Eldorado” are clear proof of the effectiveness of the chosen business model, based on maintaining two retail chains. Both the networks were able to significantly improve their operational and financial performance and the group as a whole showed growth, with the first implemented synergies”, he said.

The Media Markt stores will be closed for rebranding on 1 September. “M. Video” took on obligations under the current legislation on exchange, return and warranty repair of equipment previously purchased the network of Media Markt in Russia. The company also will retain all bonus points earned in the loyalty program, and provide an opportunity to exchange gift cards, previously purchased in Media Markt, on the cards.

The path of the transaction

The deal was announced in June. Then Ceconomy has announced that its subsidiary has signed an agreement to purchase 15% of shares of PJSC “M. Video” “Samara”. At the same time Ceconomy will give “Samaru” Russian business. And “M. Video” will buy “Samara” Media Markt. The total amount of the transaction based on the value of the Russian business Media market was estimated at $470 million, of which $300 million cash element of the transaction.

“M. Video – Eldorado” will pay 146 million euros ($170 at the exchange rate on June 19, the day before the announcement of the transaction), or 10.7 billion roubles, it was reported in the presentation of the retailer. In the spring of “M. Video” paid “Samaru” 45.5 billion rubles for 100% of OOO “Eldorado”.

According to the forecast of the group, its revenues with the purchase of the Media Markt at the end of 2022 will amount to 500 billion rubles, EBITDA – 35 billion rubles.

To rebrand the group of Media Markt, “M. Video – Eldorado” plans in the fourth quarter of 2018 and the first quarter of 2019. By the end of 2019 to be completed integration of acquired assets within a single legal entity.

Brand Media Markt will leave the Russian market. Prior to closing stores, the company conducted a sale to get rid of the remaining goods.

The Position Of Media Markt

Since the release in Russia in 2006 network retailer at its peak in 2015 reached 67 stores, and then began to shrink. In the fight for profitability, the company carried out the optimization of retail space and launched a joint project with Metro Cash & Carry, starting to open “stores in store”. These stores were not included in the deal will be closed.

In recent years, the Russian business Media Markt felt the pressure on revenues and profitability due to its relatively small scale and strong competition from national players. The merger of M. Video and Eldorado had led to further weakening of the market position of the German network, it was reported in the presentation of the Ceconomy.

The deal with the “Samara” is the optimal solution, which will allow the company to remain in the fast-growing Russian market, while reducing risks to financial balance and coming out of losses, said Ceconomy CFO mark Frese.

The group “M. Video-Eldorado” – the leader of the Russian market of consumer electronics with annual revenue of 360 billion rubles (including VAT). At the end of June the group joined 840 stores (429 M. Video 411 and “Eldorado”). At the end of 2022, the group plans to increase the network to more than 1,1 thousand shops.