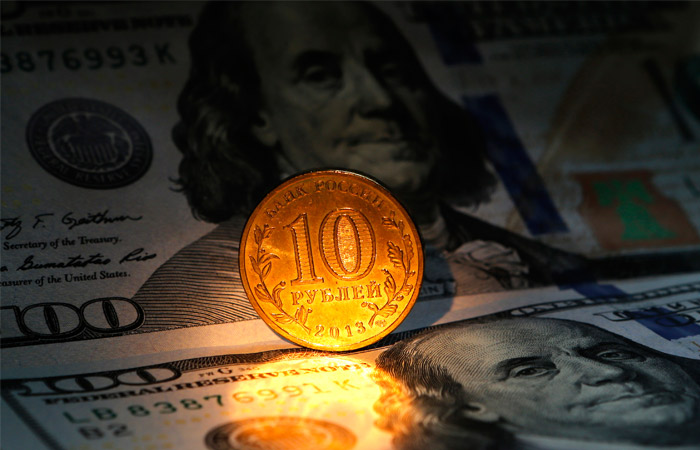 Moscow. September 10. INTERFAX.RU – IN the first seconds of trading, the dollar rose sharply against the ruble and overcame a 70 rubles/$1 for the first time since March 16, 2016. Subsequently, the ruble has stabilized against the dollar and Euro on “Moscow exchange”.

The dollar has been on 96,14 penny above the level of the current official exchange rate of Euro by 37.88 kopecks above the official rate.

According to experts of “Interfax-CEA”, the fall of the ruble in the first seconds of trading on Monday was due to the implementation of the remaining Friday of applications for purchase of foreign currency. Subsequently, the ruble has stabilized against the dollar under the mark of 70 rubles/$1 against the background of growing oil prices.

At the same time pressure on the participants of the internal currency market have ongoing sales on platforms of emerging markets, among which the most currency sharply depreciates the Turkish Lira by more than 1% in all major currency pairs, including 1.2% to the dollar.

In addition, investors fear a possible escalation of tensions in relations between China and the United States. The President of the United States, Donald trump told reporters on Friday that he is ready to impose additional duties on imports of Chinese goods in the amount of $267 billion a year. He added that American authorities are getting ready for the introduction of previously announced duties on products from China $200 billion taking into account measures already taken almost all of the supplies from China, may be under new rates.

Oil prices reference marks are increased during Asian trading on Monday, their growth support expectations that Iran will cut oil supplies, while global demand will continue to grow steadily. The price of November futures for Brent on London exchange ICE Futures at 10:05 Moscow time increased by 0.83% to of $77.47 per barrel. The October contract for WTI in electronic trading on the new York Mercantile exchange (NYMEX) has risen on 0,66% – to $68.2 per barrel.

At the end of last week oil fell for the first time in three weeks, the price of WTI declined by 2.9%, Brent – 1%. WTI crude oil dropping eight of the last 10 weeks, Brent – seven. However, a substantial reduction in prices compared with the peak levels of the current year did not happen, although the beginning of autumn usually does not contribute to the oil rally.

As reported on Friday by oilfield services company Baker Hughes, the number of active oil rigs in the U.S. last week fell by 2 units to 860.

This week will be published three important review of the oil market: on Tuesdays and monthly forecast Management of information in the field of energy (EIA) of the US Department of energy on Wednesday – the report of the Organization of countries-exporters of oil (OPEC), on Thursday, the International energy Agency (IEA).